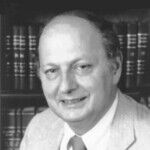 As a teenager growing up in New Jersey, Andy Seamans, creator of “The Answer Man” trivia quiz, did not have many answers.  He was arrogant and too good to care about high school, much less college.  So at the age of 16, he dropped out and began to work at a series of odd jobs.  In the next few grueling years, he was a letter carrier, service station attendant, meter man, record company clerk and UPS delivery man, to mention only a few.

Still, Seamans was far from indifferent to the pursuit of knowledge.  He read constantly as part of his rigorous self-education and absorbed more knowledge than most people who have gotten a college degree.

Seamans’ career in journalism began in 1963, when he started writing a weekly column called “Am I Right?” for the Atom Tabloid in Garwood, N.J.

In 1968, he moved to McLean, Va., and became office manager and chief editorial writer for the U.S. Press Association’s “Washington Exclusive” editorial service, researching and writing six editorials per week.

Two years later, he was hired as an assitant editor of the national conservative weekly, Human Events.  In addition to reporting news and writing commentaries, Seamans wrote the weekly column “How’s Your Political IQ?”

In 1980, the Heritage Foundation began a newspaper syndicate (called Heritage Features) with the goal of getting more conservative columnists and ideas into editorial pages.  The organization chose Seamans to be the managing editor of the syndicate, a position he held until its friendly takeover by Creators Syndicate in February 1991.  Meanwhile, in 1985, Seamans began the weekly column “The Answer Man,” a wide-ranging quiz on such topics as current events, geography and history.

Seamans lives in Virginia and has four children. In his spare time, he enjoys writing and reading and has even composed country ballads. For this final week of The Answer Man, we look at Andy Seamans' favorite pastime, baseball. 1. The Answer Man's favorite baseball player was a Hall of Famer and received the nickname "Mr. Tiger" as a result of his long career and association with one... Read More

This week, The Answer Man takes an early look at Christmas. 1. Until the 1910s, Christmas card sales in the United States were dominated by imported cards. What reversed this? 2. The custom of the Christmas tree developed in Germany in the early 16th... Read More

This week, The Answer Man looks at voting in the United States. 1. Which amendment to the U.S. Constitution reads in part, "The Electors shall meet in their respective states, and vote by ballot for President and Vice President, one of whom, at least... Read More

This week, The Answer Man looks at ancient history. 1. King Enmebaragesi is the first known historical king and ruled in about 2500 B.C. Can you name the kingdom over which he ruled? 2. From about 1630 B.C. to about 1523 B.C., Egypt was ruled by an i... Read More