Many companies have created offroad-racing games, but nobody does it quite like Evolution Studios. Their new franchise, dubbed "Motorstorm," was released alongside the launch of the PS3, and it wowed players with frantic, edge-of-your-seat excitement and excellent visuals. While it did lack some features, it was and still is the only offroad-racing game that lets motorcycles, ATVs, buggies, rally cars, racing trucks, big rigs, and mudpluggers all compete in the same chaotic races.

"Motorstorm: Pacific Rift" adds monster trucks to the high-octane mix, and their huge tires are quite adept at rolling over opponents to squash them into the ground. However, their immense size forces them to follow strict paths to avoid smashing into low-lying and/or narrow objects, so they aren't the best choice for every race.

Also new is the 'ram' button, which lets all vehicles except for motorcycles and ATVs perform a quick 'dash' to the right or left side. This is perfect for slamming opponents into objects or, my personal favorite, off of perilous cliffs. As an added bonus, the ram move can be also be used to avoid objects and help perform tight turns.

There's no doubt about it, "Motorstorm: Pacific Rift" features breathtaking visuals and unparalleled track design. It's easy to get distracted by the ultra-realistic environments and end up as a pile of rusty metal because every single course is littered with jumps, bumps, and various objects to avoid. I also love how each course has at least two distinct paths that cater to different vehicle classes. For example, rally cars will perform much better on the path with smooth terrain and tighter turns, but there's nothing stopping players from taking one into the down and dirty mud path and mixing it up with various truck classes.

Up to twelve racers can slam the pedal to the metal online while playing "Motorstorm: Pacific Rift," and these races are much more intense than any single player match. So what's it going to be? Are you ready to find out who is king of the virtual mud pit?

Ride a Wave of Peace in 'Zenses Ocean'

Let's face it, sometimes gamers just like to sit down and enjoy a quick game without the pressure of achieving a top score or defeating live opponents. So what would you say to a game that is actually cathartic to play? I don't mean trying to increase brainpower by matching your brain's age with your actual age. No, I mean a simple set of games set in a relaxing environment that help relieve the stresses of everyday life.

"Zenses Ocean" is one of a pair of titles — along with "Zenses Rainforest" — released by The Game Factory that offers such emotional liberation. Six simple mini-games present players with enough of a challenge to keep playing, but not so much that they will get frustrated and quit. There is even a slider bar that lets players cater the difficulty to their own taste.

Every game features an aquatic setting and soothing ambient music to help alleviate stress. Within minutes, players forget about the world around them and become completely absorbed in the virtual realm of Zenses.

My favorite game has to be "Hot Spot," where players are presented with a simple, aquatic organism called a "glowfish" on the top screen and several pieces that make up the fish on the bottom screen. The player uses the stylus to drag and drop each piece into the correct location to recreate the glowfish on the bottom screen as quickly as possible.

Some other games are fun, like "Pearl Diver," where players are tasked with connecting similar colored pearls together to clear the screen. However, other games are just not that exciting. "Wave Breaker," for example, is nothing more than a simplistic memory game where players indicate the former locations of specific seashells.

Although "Zenses: Ocean" is fun to play and comes in a calming package, most people expect more entertainment from a $30 DS game. 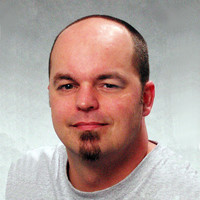