Morning sickness is so common in pregnancy that it almost seems like a rite of passage. But while more than half of all pregnant women experience morning sickness, not all of them do! The nausea and vomiting usually begin around the sixth week of pregnancy and last until around the 12th week, but morning sickness can begin as early as week four, and it can linger long after week 12.

Despite its name, morning sickness can strike any time — day or night. It's caused by the increase in estrogen, progesterone and hCG hormones, which support your pregnancy. Stress, fatigue and a poor diet can make morning sickness worse. Many doctors consider morning sickness to be a positive sign, because it indicates that the placenta is developing well. But if you're one of those women who doesn't experience it, don't worry. Be grateful instead.

Here's what our Mommy M.D.s — doctors who are also mothers — do to cope with their own morning sickness.

"One of the first clues I was pregnant was morning sickness," says Susan Wilder, M.D., a mom of three grown daughters, author of "Mouths of Babes: Everything I Learned in Medicine, I Learned from My Kids" a primary care physician, and CEO and founder of Lifescape Medical Associates in Scottsdale, Arizona. "It came on out of nowhere. I'd be out walking the dog, and all of a sudden I'd have to stop to throw up. The dog would turn around and look at me like, 'What the heck was that?'"

"I got pregnant during my OB-GYN rotation," says JJ Levenstein, M.D., FAAP, a mom of one grown son and a retired pediatrician in Southern California. "Every morning as I was puking, at least I was around people who understood. I did my fair share of vomiting until I was 12 weeks pregnant."

"With both of my pregnancies, I had terrible morning sickness," says Kelly Campbell, M.D., a mom of three and an OB-GYN in private practice at Women's Healthcare Physicians in West Bloomfield, Michigan. "It was bad with my daughter, but with my twins it was unrelenting. I think that was because with twins, you have double the amount of hormones. My nausea was so bad that I had to take prescription medication for it. I didn't want to, but I had to be able to function on some level.

"I had an especially rough time when riding in a car," Dr. Campbell adds. "I found that Sea-Band wrist bands helped. It helped a lot if I was the driver, and I refused to ride in the backseat!"

"I'm a mountain mama kind of person," says Hana R. Solomon, M.D., a mom of four and grandmom of eight, the author of "Clearing the Air One Nose at a Time: Caring for Your Personal Filter" and a pediatrician in Columbia, Missouri. "My parents were Holocaust survivors, and I was raised by a single mom in a ghetto in Brooklyn. During my pregnancy, when I felt a little sick to my stomach, I put crackers near my bed and drank 7-Up. I dealt with it. It's no big deal. It is all in your perspective; you choose how to perceive the experience — torture, tolerable, pleasant, etc."

"During my pregnancy, I had such severe morning sickness that my doctor put me on prescription medication," says Aline T. Tanios, M.D., a mom of four children and a pediatric hospitalist at Cardinal Glennon Children's Hospital in St. Louis.

"I took an antinausea medication daily 15 minutes before I got out of bed in the morning," Dr. Tanios adds. "Even taking the medication, I still was sick, but at least I was able to function. Another thing that helped was carrying ginger hard candy in my pocket everywhere I went. It helped settle my stomach. I also packed snacks such as carrots or grapes. I took a variety of snacks to work each day because I never knew ahead of time what food would agree with me.

"Morning sickness in pregnancy is caused by high levels of hormones, but it is worsened by hypoglycemia, or low blood sugar," Dr. Tanios continues. "Eating small meals frequently helps to keep your blood sugar levels balanced without overdistending your stomach. Some of the best food selections to consider are from the carbohydrate food group: crackers and breads. Avoid greasy, fatty foods. Sometimes hot tea helped my nausea, with three teaspoons of sugar. I figured I'd rather throw up liquids than food." 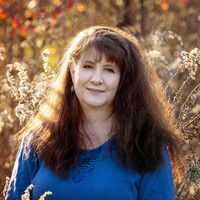