American TVs are no longer banished from the living room as children used to be back in the day. The main boon is that this trend liberates everyone who lives in a small home from feeling the need to carve out a separate media room or family room. Walk right into a living room and see the huge TV screen. Check! No one thinks twice about it. But that wasn't always so.

When I was little, in the 1950s, many families kept a pristine living room that only adults ever entered. Rarely did that room hold a television. This was only possible in a house large enough to include a family room or den where the sloppy and real living happened. As TV sizes increased over time, placement of large-screen TVs was always difficult in a more modestly sized house because of the reluctance to position it in the more formal living room. People had little choice, and as a result, many living rooms felt uncomfortable with media equipment squeezed into a space originally designed for a small cabinet TV. Older homes were rarely planned out to accommodate the large-screen TVs of the '80s. Often, a basement or a bonus room has been converted over time to operate as a media room, but space is still at a premium.

The simple and minimalist design of the modern TV yields a device so thin that it nearly disappears. Most people delight in the flexibility afforded by the elegant dimensions and aesthetics. Very often, the TV is mounted right over a fireplace and, because of the clean design, manages to remain second in focus to the traditional hearth. Gone are the cumbersome TV armoires that were at least 30 inches deep and dominated most rooms. They always created havoc in a room with a fireplace or a picture window. Arranging a room with two separate elements that should be the focus to a viewer is always challenging. Coupling the media equipment and the fireplace solves that problem nicely. Technology has also created large weatherproof TVs, enabling some of us to create outdoor media rooms and expand living space.

In this example, we see a classic contemporary design that manages to create a natural place for the TV, hearth and dramatic display space. Suddenly, a smallish living room that is only about 12 feet wide can comfortably lend itself to fitting in all of the common desires for the main public room. We want a space where plush seating can foster both conversation and private relaxation. We want to enjoy a movie, listen to music or read. When you are working with a small floor plan, the living room must very often perform double or triple function. Sometimes a sleeper sofa converts the space into an occasional guest room. At other times, there is a sofa table that doubles as a home office when paired with a laptop. Modern spaces demand flexibility and convertibility.

Look for ways to string all of your needs together. Few of us can afford the waste of space that occurred last century, partly because of increased real estate costs. But we also live according to more relaxed social standards today. Few people maintain the formality in lifestyle that made the ceremonial living room useful. Our society is more permeable and casual, with a focus on function and comfort. Again, our symbols of success relate to quality and sophistication of wireless electronics instead of space allocated for rare use. Lots of folks would rather have a children's playroom or a home office than a formal space that is rarely, if ever, used. 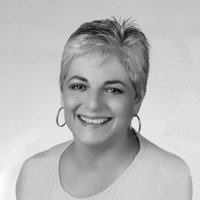