Parents Must Confront Their Children Who are Bullies

If you think I'm one of those folks upset with James Jones — the Florida father who jumped on his daughter's bus to confront the bullies who were terrorizing his daughter — you've got another thing coming. In fact, we should recommend Jones as Father of the Year.

Caught on tape, Jones angrily yelled at the children that were bullying his 13-year-old daughter, who has cerebral palsy. He later issued a tearful apology saying he was wrong. No, James, you weren't wrong; the punk children who bullied your daughter were wrong. And the punk parents who didn't discipline their own children are wrong, too.

I can sympathize with James because I witnessed my dad do the same exact thing when I was in middle school.

Some students on our bus were roughhousing one day and another kid pulled down the sweater of a girl, exposing her breasts for all to see. This kid's name was "Roland." Now I had nothing to do with it, and the two of us didn't even look alike. Yet when friends and family of the girl heard about it, they assumed it was me. More than 40 kids were on the bus and they all knew that wasn't the case, but her supporters didn't care.

My brother and I were threatened repeatedly with physical harm, so we clearly didn't want to ride the bus home. We made up a reason to not take the bus and begged my dad to pick us up. When he got to the school and demanded to know the truth, he got out of the car, jumped on the bus, and said, "Point out to me who keeps messing with you."

Now I may have been scared of the school bullies, but I was more scared of my daddy! So I told him. My dad walked over to a kid and asked him, "Are you messing with my sons?" He made it clear we had nothing to do with it and said he didn't want to hear about this one boy hurting us. So, this kid pulled out a knife on my dad and threatened him.

My dad laughed, snatched the knife from him, and said, "Don't you ever do that again to me or anybody!" He then looked every kid in the eye and made it clear that he didn't want to hear one more story of them bullying his sons or he would be back.

Suffice to say, no one messed with the Martin sons again.

But my dad wasn't the kind of person who would protect his sons like that. He was the kind of person who would travel around our Clinton Park neighborhood and break up kids fighting, even following some home to talk to their parents and grandparents. He was never afraid to go to another parent and hold them accountable for the actions of their child. And more often than not, the parent was stunned to hear about their children being bullies and disciplined them themselves.

Bullying has always been in schools, so that is nothing new. But it's different today because kids are committing suicide due to the constant taunting. We can have all the town hall meetings about bullying, but what is going to change all of this is to have teachers, administrators and other parents get in the face of parents and guardians. They need to make it clear to parents that they must discipline their own children and teach them not to be bullies.

A child must understand that there will be repercussions for his or her actions. When I have witnessed one of my nieces hit and push around her sister or one of her cousins, I take immediate action and intervene. As the grown-up, I don't even wait for their mother and father to say something. I'm their uncle, and as an adult, I won't allow that behavior to set in.

Bullying does not have to go along with reading, writing and arithmetic in our schools. It can end immediately if we are willing to hold parents accountable for their children. And if the parents don't want to step up, then other adults must be willing to stand up.

A child has enough on his or her mind in school than to have to deal with being bullied. None of us should pass this off as "what kids do" when it is resulting in the suicide of even one child.

Roland S. Martin is an award-winning CNN analyst and the author of the forthcoming book "The First: President Barack Obama's Road to the White House as originally reported by Roland S. Martin." Please visit his website at www.RolandSMartin.com. To find out more about Roland S. Martin and read his past columns, visit the Creators Syndicate Web page at www.creators.com. 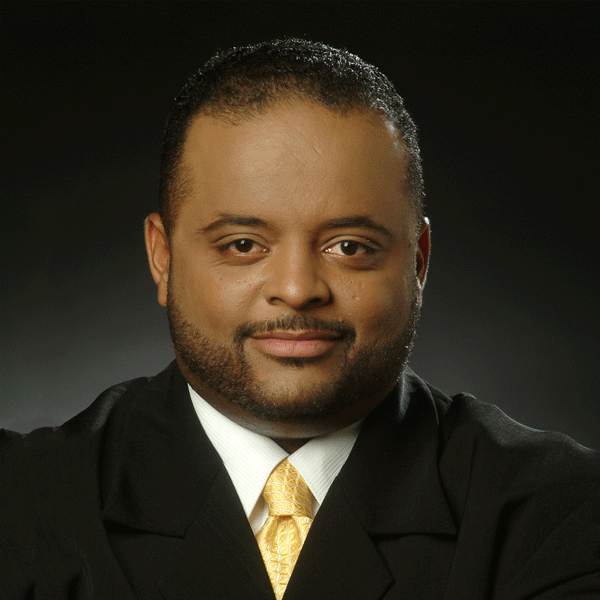