If you're plagued by urinary tract infections, you're in good company. Infections of the kidney and bladder send over 8 million Americans scurrying to their doctors' offices every year.

The infections typically occur when bacteria, called Escherichia coli, invade the urinary tract and set up housekeeping along the walls of the bladder or kidneys. Although the urinary system is routinely cleansed of germs through the elimination process, an infection can develop when stubborn bacteria stick to cell walls and begin to multiply.

Urinary tract infections are a nuisance, at best. At worst, they can lead to serious illness and permanent damage to the kidneys and bladder.

With concerns about the overuse of antibiotics and the potential for bacteria to develop resistance to these drugs, attention has turned toward preventing the infections in the first place. One doctor-approved home remedy for warding off urinary tract infections is cranberry juice.

Cranberries have a long history of medicinal use. For hundreds of years, Native American healers have used the fruit to treat bladder and kidney ailments.

Scientists once believed that cranberry juice reduced the risk of urinary tract infections by acidifying the urine, making the bladder and kidneys less hospitable to invading bacteria. Recent research has led to a greater understanding of the protective powers of cranberries.

In the mid-1990s, scientists at Rutgers University isolated compounds called condensed tannins from cranberry fruit. These agents were found to prevent infection-causing E. coli bacteria from attaching to cells in the kidneys and bladder.

Researchers at Tulane University later demonstrated that the condensed tannins in cranberries interfere with the growth of hair-like filaments on the surface of the bacteria. Without these Velcro-like appendages, the bacteria aren't able to latch on to the cells lining the urinary tract, making them more likely to be flushed out of the body during urination.

Last week, scientists at the Massachusetts-based Worcester Polytechnic Institute reported their findings that tannins in cranberry juice prevent E. coli from forming a slimy substance, called a biofilm. In the body, the biofilm not only protects the bacteria from destruction by cells of the immune system, it may also render antibiotic medications less effective.

Even before experts fully understood the mechanisms behind the mystical properties of cranberry juice, there was plenty of evidence to support the notion that drinking it could, in fact, help prevent urinary tract infections.

More than a decade ago, Harvard scientists reported that regular consumption of the juice led to significant reductions in the population of E. coli bacteria in women. Over a six-month period, the women who downed 10 ounces of cranberry juice daily developed 58 percent fewer urinary tract infections than those who didn't drink the juice.

Recent research suggests that in addition to protecting the urinary tract, cranberries may also safeguard the tissues of the mouth and the digestive tract from bacterial infection. Drinking cranberry juice has been shown to help reduce the risk of periodontal disease by preventing adhesion of disease-causing bacteria to the gums and teeth.

Cranberries appear to have a similar effect on Helicobacter pylori, the bacteria responsible for many stomach ulcers. While the juice may have a negative impact on infection-causing microbes, it doesn't harm the beneficial bacteria that normally populate the human digestive tract.

If you're watching your calorie intake, you can opt for a juice with no added sugar. If your taste buds are fearless, you might try a concentrated cranberry juice product, an extremely tart beverage sold at most health food stores.

While drinking a few ounces of cranberry juice daily may help banish disease-causing bacteria, you shouldn't rely on the juice as a treatment for an existing infection. If you suspect that you have a urinary tract infection, it's important to see your doctor as soon as possible.

Treatment with antibiotic medications may be necessary to prevent worsening of the condition, which could result in permanent damage to the kidneys or bladder.

Cranberry juice cannot be considered a cure for urinary tract infections, but drinking a few ounces of the tart, tasty beverage each day may be an excellent strategy for preventing them. 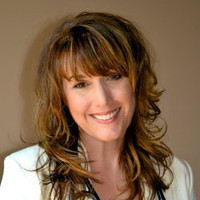