It all started with a picture taken at the hospital shortly after the birth of our twin girls. Livvy and Catherine were a Caesarean birth, and as I was in the delivery room, I had to be outfitted in full surgeon regalia: scrubs, hat and mask. Afterward, one of the nurses asked if I'd like a picture with my two new daughters, and I agreed, sitting in a rocking chair with a tiny twin in each hand.

The picture sits on the mantelpiece of the girls' room. They never noticed it until one night when I had to convince one of them at bedtime to take some cold medicine. She refused, saying that it tasted like "Burps," something I'm not sure I believed, but also couldn't argue with, as I hadn't really tasted the medicine.

Desperate, I said, "Look, I'm a doctor. And if the doctor says you have to take medicine, you do." When they both started to look skeptical, I pointed to the picture. "See," I said indignantly, "there's proof."

The girls crowded over to the frame and started asking questions. Not wanting to admit that I was lying, I quickly told them how I had been a doctor when I was younger, and that it was me who delivered them as babies. I didn't do it anymore, I said, because it was too gross and because of the cost of malpractice insurance.

That little fib got me through the medicine incident and a few more. It also marked the beginning of my lying to my daughters to impress them. From then on, whenever I needed some authority, I would pull out some impressive but bogus achievement.

My daughters now firmly believe that I can 1) pick up a house, 2) used to be a professional football player, 3) have magical powers and 4) was one of the Backstreet Boys. It doesn't matter what I say, as long as I say it in a confident voice and let them know that there is a picture around somewhere to prove it. They believe it all.

I can't even keep track of the lies I've told at this point and have had to feign amnesia at times to explain my lack of memory on certain points. My girls are constantly asking me to recount how I was, in an earlier life, the character "Woody" from "Toy Story," or how I scooted down the ladder past Neil Armstrong to be the first man on the moon.

This past year, my wife attended a meeting with the girls' preschool teacher, who informed her that it was nice to meet someone with such a fascinating background. It seems, the teacher said, that the girls had told the class that they were half "monkey" because their father had met their mother in the jungle one day and captured her by throwing his yellow hat over her. It was only after Daddy brought her home and found that she was too curious that Daddy had her shaved and married her.

I laughed it off when I was told about the "Curious George" incident, as we now call it, telling my wife that it was harmless fun and that they'd grow out of it.

Last week, however, taught me my lesson. At the dinner table, we routinely ask our kids to tell us about their days at school. When we got to Livvy, she told us that today was "sharing" day at kindergarten, when everyone had to tell something about their family.

She had let the class know that her Daddy was a leprechaun, and that if they could catch him, he'd have to give up his pot of gold. I sat there staring at the table. My wife gave me a look that without a word, clearly said, "Serves you right, you ridiculous idiot!"

I was about to defend myself, to let my wife know that it wasn't really my fault, when Catherine interrupted.

"If you have a pot of gold somewhere," she said, frowning, "Why don't you ever share it with your children?"

I looked across the table at my daughter, so innocent and trusting, and I answered her.

"Well, we have to wait for a rainbow, honey. It's real hard to find without one of those."

We all went back to our dinners, my girls smiling to themselves, secure in the knowledge that next rainstorm, we'd all be rich.

To find out more about Peter McKay, please visit www.creators.com. 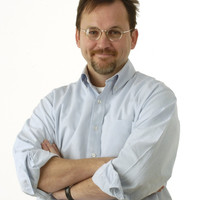