How to Talk to Your Girls (and Boys) About Money

Dear Readers: Recently, I've focused a lot on the challenges women often face in securing their financial future. In spite of the advances women have made, they still face personal, cultural and social hurdles when it comes to dealing with money. So, you can imagine how pleased I was to see the theme for this year's International Women's Day, celebrated on March 8: #BalanceforBetter, calling for a more gender-balanced world economically, socially and politically.

Don't get me wrong. Women have come a long way. It still takes me by surprise that it wasn't until 1974 that women in the U.S. were able to open credit card accounts in their own names without a male co-signer. And before 1980, a man was able to take out a second mortgage on a jointly owned home without his wife's knowledge. That's hard to fathom in today's world. Today, women are taking charge on many fronts. In fact, Women's History Month, also celebrated in March, makes a point of honoring women who have played a role in shaping our nation in the fields of science, politics, the environment, the arts and so much more.

But while we can be inspired by the women activists around us and be encouraged by the increased desire for gender balance, young women continue to fall behind their male peers when it comes to financial know-how. As was revealed in a recent Schwab survey, girls don't seem to be getting the same financial start as boys.

It's an ongoing problem, and I think parents can be part of the solution. How? By making sure our daughters — or any young women for whom we can be a positive influence — get the same messages as our sons when it comes to money.

One of the first rules of the road when teaching kids about money is to talk about it openly. It's also just as important to talk about it equally with your girls and your boys. Studies show that parents are more likely to talk to girls about household financial topics like budgeting and to boys about more sophisticated topics like long-term financial planning and investing. So, it's up to us to make sure we have the same money conversations with our daughters and sons — whether about paying for groceries or saving for retirement.

Better Than Talking, Get Kids Involved

Taking a trip to the store? Even a young child, male or female, can learn to handle money, comparison shop and choose between a need and a want. Planning a family vacation? Get everyone involved in a cost analysis and savings plan. Have a teen headed for college? Both girls and boys should be aware of the costs and how they'll be covered — including possibly contributing some of their own earnings to a college account.

Of course, how much you include your kids in day-to-day money issues will depend on their ages, but make certain that when you do include them, you don't divide topics by gender.

Make Equal Pay for Equal Work a Given at Home

Women still earn only about 80 cents to a man's dollar, and often, that pay gap begins at home. If you expect your kids to earn their allowances by doing chores, be sure to pay equal amounts for equal work. Try not to divide chores by gender (e.g., girls clean the kitchen, boys mow the lawn), and don't value one type of work over the other. You can help your daughter gain the confidence to negotiate a fair salary in the future by showing her at an early age that a job well done has the same value no matter who does it.

Give Kids Financial Responsibility Early On

Once kids have money of their own, they need to learn how to manage it. As our schools often don't include financial education as part of the curriculum, you can make up for this at home.

Start the savings habit by having young kids set aside a portion of their own money for something special. Encourage your older kids to get a part-time job and then make them responsible for sharing the cost of some of their own expenses. When it comes time for big-ticket items such as a car, include your kids in the process, from researching to financing. These aren't gender-based lessons, they're real-world situations that everyone — male and female — needs to learn how to handle.

Don't Keep Your Daughters in the Dark

Even if you're doing all the right things at home and treating your kids equally, the reality is that out in the world, women do face unique challenges. The best thing we can do to prepare them is to confront some of those obstacles up front.

So even before your daughter enters the workforce, have an open and honest conversation about the wage gap and other potential inequalities. As she applies for jobs, discuss the importance of researching qualifications and salaries so she's prepared to present her skills and be her own advocate. Excellence is excellence, no matter your gender and should be compensated as such, but chances are she'll have to take added steps to prove her worth.

Make the Case for Women Taking Control of Their Finances

With women living longer but generally earning less and being in the workforce for fewer years than men, this is essential — especially when it comes to retirement. As soon as your daughter has earned income, help her open a retirement account and begin to save for the future. When she has access to a 401(k), encourage her to contribute 10 to 15 percent of her annual salary, or at least as much as her employer will match.

But don't stop there; help her invest. As I wrote in a recent column, women are generally more risk-averse than men and hesitate to get into the market. But being too cautious can be a risk in itself — and a contributing factor to why women fall behind men in retirement savings.

Kids learn as much by what we do as what we say. The example you set consciously or unconsciously will send a message about male and female roles concerning money. Are both parents equally involved in the household finances? Or does Mom pay the bills and Dad handle the investments? The kids will notice.

While every family has their own way of divvying up financial tasks, the important thing is to show that both men and women have the capability — and responsibility — to understand and be involved. If you can do that, you'll be contributing to the International Women's Day goal of a gender-balanced world — a world in which economies, communities and individuals can thrive.

Carrie Schwab-Pomerantz, Certified Financial Planner, is president of the Charles Schwab Foundation and author of "The Charles Schwab Guide to Finances After Fifty." Read more at http://schwab.com/book. You can email Carrie at [email protected] The information provided here is for general informational purposes only and is not intended to be a substitute for specific individualized tax, legal or investment planning advice. To find out more about Carrie Schwab-Pomerantz and read features by other Creators Syndicate writers and cartoonists, visit the Creators Syndicate website at www.creators.com. 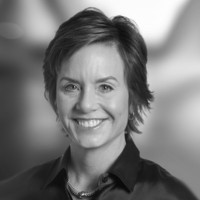