Many factors increase breast cancer risk. A recent research study showed that women who frequently used antibiotics had a twofold increase in the risk of breast cancer. Women who had been prescribed antibiotics for more than 500 days were more likely to contract it than those who did not. The immediate concern is that these findings may cause women to elect not to take antibiotics for bacterial infections that can cause serious harm if not treated.

And then there is the controversial report linking wearing a bra to breast cancer risk. In response to this information, both the Susan G. Komen for the Cure foundation and the American Cancer Society issued emphatic statements assuring women that there was no scientific evidence to support this observation.

Recent research has shown that women who carry a mutation of one of two genes, called BRCA1 and BRCA2, have an 80 percent chance of developing breast cancer in their lifetimes. These genes normally prevent breast cancer, but if they mutate and become abnormal, they no longer function, leading to a higher risk of breast cancer. Today, this gene should be measured in anyone who has a strong family history of breast cancer, particularly if it occurred at a young age.

Other factors increasing risk of breast cancer that are not modifiable include menarche at an early age, menopause at an older age, not having children, or having only one child at a late age.

There are some risk factors that are clearly modifiable. First and foremost is the significant increased risk in women who undergo hormone-replacement therapy after menopause. This has recently received much attention, with studies suggesting that taking estrogen and progesterone not only increases risk of breast and uterine cancers but also increases risk of heart attacks, strokes and Alzheimer's disease. Many women are still electing to use them to prevent menopausal symptoms. However, if you already are at increased risk of breast cancer, hormone-replacement therapy should clearly be avoided.

If you have a high risk of developing breast cancer, there are currently three strategies that can be used to reduce that risk. First, do everything you can to reduce the modifiable risk factors. Exercise, eat a prudent diet, avoid post-menopausal hormone replacement, don't smoke and use alcohol in moderation. Please have mammograms every two years if at low risk or annually from age 40 if at high risk. If you have a very strong family history, or carry the BRCA1 or BRCA2 gene, chemoprevention by the use of medications like tamoxifen should be considered. Some women — Angelina Jolie, for example — may elect to undergo a bilateral mastectomy because their risk is so high.

Remember that every day, new information appears linking something to a disease like breast cancer. Being aware and sensible will go a long way to either prevent or assure that the disease is identified early when a cure is still possible. 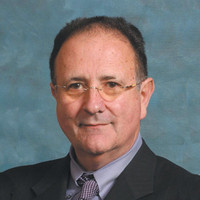