My late father was a man of strong opinion. He despised phonies, cowards and liars. He named names — sometimes in very close proximity to those being singled out. A veteran of World War II, he recognized a weasel when he saw one.

But my dad never denigrated rich people in general.

We lived in Levittown, N.Y., where everybody had pretty much the same — that is, not much. We ate tuna casserole, hot dogs and Hamburger Helper. My parents never owned a new car.

Ten miles away, my dentist, a college classmate of my father's, lived in Garden City. Lovely place, filled with rich people. My father often drove us through there and never said a disparaging word about the fine lawns and shiny foreign cars. America was the land of opportunity, and Garden City proved it.

But that was then.

Today, many Democrats believe the wealthy are bad to the bone. A new Gallup poll asks: "Do you think the U.S. benefits from having a class of rich people or not?"

An amazing 46 percent of self-described Democrats answered "or not."

When I asked two left-leaning pundits about this, they said it is all about "income inequality." They asked me whether my father would approve of that. I said he most likely would reject the entire concept of "income inequality" by giving the pundits the same advice he gave me: "If you don't like what they're paying you, work someplace else."

And I followed that advice, moving 10 times in 15 years on my way up the television news ladder. It wasn't easy, but if I thought my employer was hosing me, I began looking around.

That's how capitalism is supposed to work. America is mandated to provide "equal opportunity," not equal outcomes. The boss man can pay what he wants. It's our choice whether to take it or leave it.

President Obama doesn't seem to get that. He often puts forth that wealthy Americans are not paying their "fair share," that somehow the fix is in, and the rich folk are gaming the system at the expense of working people. But for two years, Obama had an adoring Democratic Congress that did absolutely nothing to further the concept of "income equality." The reason? It's unconstitutional. The feds cannot dictate salaries and benefits in the private marketplace. Obamacare is an attempt to breach that constitutional wall. We'll soon see what the Supreme Court says.

Capitalism is no beach day. The strong and sometimes ruthless prosper. The poorly educated and unfocused often fail. For many Americans, failure is unfair and unacceptable in a "just" society. But my dad knew and accepted the truth of capitalism: Some will win big, some will lose big, but most will live comfortable lives in the middle. Just as he did.

Veteran TV news anchor Bill O'Reilly is host of the Fox News show "The O'Reilly Factor" and author of the book "Pinheads and Patriots: Where You Stand in the Age of Obama." To find out more about Bill O'Reilly, and read features by other Creators Syndicate writers and cartoonists, visit the Creators Syndicate web page at www.creators.com. This column originates on the website www.billoreilly.com. 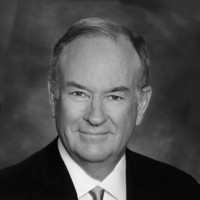