Toy Plane Is the Bomb

Q: This Hubley metal toy plane with the original box was a gift to me around 1960, and it is in mint condition. It is a Navy Fighter Bomber and is model 495. Marked on the plane are the words "Hubley Kiddie Toy — Lancaster, PA — Made in U.S.A." On the box are words that state the plane has a transparent sliding canopy, folding wings, a moveable prop and retractable landing gear. Also on the box are the words "Hubley Manufacturing of Lancaster, Penna." The length from the tip of the wing to the other tip is around 11 inches. From the nose to the tail is over 9 inches. The cockpit and the nose are both red. On each wing is a star framed by red, white and blue stripes. All pieces are original, and none have been replaced. It really is in excellent condition. I would like to know what its current value might be.

A: Your die cast plane was inspired by World War II P-47 planes. Hubley Manufacturing was founded in 1894 in Lancaster, Pennsylvania, by John Hubley. They made bookends, doorstops, and toy metal cars, planes, trucks, tractors, cap guns, motorcycles and sidecars. Many of their vehicles and planes were scale models. In the 1960s, Hubley introduced their Kiddie Toy line. By 1969, Hubley was in financial duress, and the company was taken over by Gabriel Toys. In 1980, CBS Toys Co. took over the company. They later sold the firm to Ertl Toy Co. located in Dyersville, Iowa. Sometime in the 1990s, production of original toy dies and molds

Your Hubley Navy Fighter Bomber with the original box might be worth at least $100 to $150.

Q: I have enclosed the mark that is on the bottom of a set of six shallow porcelain bowls. Each dish is about 8 inches in diameter, decorated with floral sprays on the borders and trimmed in gold. I think they were used to serve soup, and they are in mint condition.

What can you tell me about the mark, age and value of my dishes?

A: Remy Delinieres was the chief operating officer of Delinieres and Co. in Limoges, France in 1879. In the beginning, they produced whiteware. They established their decoration workshop after 1881. In 1890, the company became L. Bernardaud and Co. You are correct; you have a set of soup bowls. They were made between 1891 and 1900. 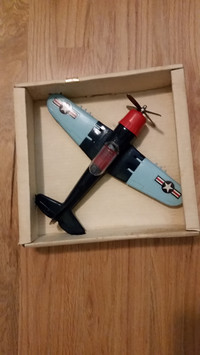 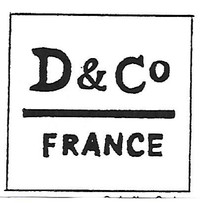 Delinieres and Co. established their decorating workshop around 1881.