Americans still don't know exactly what happened during the assault Sept. 11 on a U.S. diplomatic compound in Benghazi, Libya. There are indications that the Obama administration was aware Ambassador Christopher Stevens had requested additional security days before the attack. It now is acknowledged the attackers were not protesting an anti-Islam movie produced in the United States.

"The Obama doctrine doesn't match the reality of the jihad threat," Walid Phares told us; he's a global terrorism expert and adjunct professor at National Defense University, which is funded by the Defense Department. Referring to President Barack Obama's approving the killing of Osama bin Laden, Phares said the president "tried to eliminate [al-Qaida] by one beheading of its ailing leader, while ignoring the body of the organization, its ideology and the madrassas, the real factories producing more Jihadists and terrorists."

Phares contends the Obama administration may have hesitated to link the Benghazi attack to Islamist terror because that would have contradicted the president's statements that al-Qaida had been greatly weakened. "We saw hesitations and using the video as pretext for days," he explained. "But once we learned about the Ansar al-Sharia statement and footage of the operation was available, the public learned that this was a terrorist operation, not a so-called spontaneous reaction. Hence the administration found itself out of answers."

A report from the Associated Press said that "150 bearded gunman" were able to close off streets around the consulate compound with roadblocks, and that their trucks bore the logo of Ansar al-Sharia, an Islamist organization that claimed responsibility for the attack. It's worth noting that the group has worked with the municipal government in Benghazi to manage security — raising questions about Islamist influence in Libya's post-Gadhafi government.

Obama finally took emphatic responsibility for security in Libya — but it took more than a month after the assault. Neither he nor the State Department has provided clear answers. For days, however, officials misled the public — blaming a little-known movie trailer posted on YouTube and, in the case of Vice President Joe Biden, blaming the U.S. intelligence community.

Whether the Benghazi attack was planned is still a subject "under review by both the FBI and, potentially, the Accountability Review Board based on whatever information the FBI or the intelligence community collects," a senior State Department official said during a conference call with reporters late last month.

"In my view, it was a terrorist attack," U.S. Sen. Dianne Feinstein, D-Calif., chairman of the Senate Intelligence Committee, said Wednesday during a meeting with the Register's Editorial Board.

Ambassador Stevens, killed along with three other Americans, did not have a detail of U.S. Marines in Benghazi. In contrast, Valerie Jarrett, senior adviser to the president, had a full Secret Service detail accompany her on vacation in Martha's Vineyard.

Since the attack, the U.S. has increased diplomatic security worldwide. Given the power vacuum exploited by radical Islamist groups in several nations following Arab Spring uprisings, that level of security will probably only need to increase.

REPRINTED FROM THE ORANGE COUNTY REGISTER 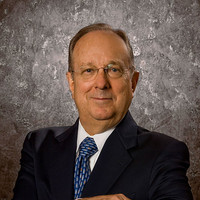