Josh Hammer is opinion editor of Newsweek, a research fellow with the Edmund Burke Foundation, counsel and policy advisor for the Internet Accountability Project, a syndicated columnist through Creators and a contributing editor for Anchoring Truths. A frequent pundit and essayist on political, legal and cultural issues, Josh is a constitutional attorney by training and the co-host of two podcasts: Newsweek's "The Debate" and the Edmund Burke Foundation's "NatCon Squad."

Josh is a college campus speaker through Intercollegiate Studies Institute and Young America's Foundation, as well as a law school campus speaker through the Federalist Society. Prior to Newsweek and the Daily Wire, where he was an editor, Josh worked at a large law firm and clerked for a judge on the U.S. Court of Appeals for the Fifth Circuit. Josh has also served as a John Marshall Fellow with the Claremont Institute.

Josh graduated from Duke University, where he majored in economics, and from the University of Chicago Law School. He lives in Denver, but remains an active member of the State Bar of Texas.

The Case for the Unconstitutionality of Abortion Jul 30, 2021

Joe Biden Has Given Vladimir Putin a Huge Win on the Nord Stream 2 Pipeline Jul 23, 2021

For years, Democrats and their cable news echo chamber conjured up and broadly disseminated the most... Read More

The Castro (and now post-Castro) regime in Cuba is a deeply repressive communist dictatorship whose ... Read More

Over July Fourth weekend, according to CNN, at least 233 people were killed and 618 others were inju... Read More 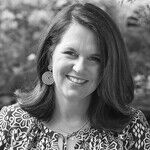 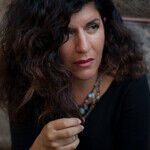