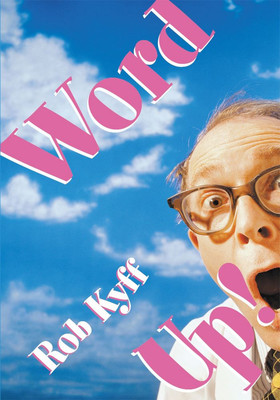 If you’re fascinated by words and language, you’ll revel in Word Up! A Lively Look at English by Rob Kyff a.k.a. The Word Guy. Drawn from Kyff's nationally syndicated column on language, this spirited book treats readers to a zesty verbal smorgasbord: handy tips on good writing and usage, fascinating stories behind word and phrase origins, whimsical word play and linguistic oddities. With wit and warmth, Word Up! explores everything from the split infinitive controversy to apostrophe catastrophes to the true etymology of hooker. Each chapter concludes with a quiz that gives you a chance to test your word knowledge. A blend of William Safire and Dave Barry, Word Up! combines learning and laughter in ways that will surprise and delight you.