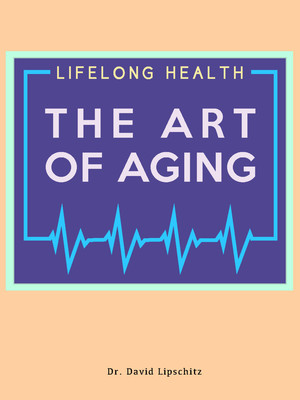 Dr. David Lipschitz is a nationally syndicated lifestyle columnist for Creators Syndicate. This is a collection of the very best of Lifelong Health from 2014.

Born in Johannesburg, South Africa, Dr. David received an M.D. and Ph.D from the University of Witwaterstrand before immigrating to the United States in 1972.

In Little Rock, Dr. David began research on the effects of aging on nutrition and on blood and bone marrow. He has received long-standing grant support from the National Institute on Aging and is recognized as one of the premier experts in this field. Dr. David’s research interest in aging led to an ever-increasing focus on the unique medical needs of older people. In 1995, he assumed the position of director of the Center on Aging at UAMS. Under his leadership, UAMS received a gift of $30.2 million from the Donald W. Reynolds Foundation to establish the Donald W. Reynolds Department of Geriatrics and to build a facility to house the new program. This department is the second of its kind in the nation.

Well-respected in the medical community, Dr. David has served as chair of the Research Committee of the American Geriatrics Society and chair of the Association of Directors of Geriatric Academic Programs. He has also been consistently listed in “Best Doctors in America,” a publication of the one percent of the American physicians recognized by their peers as the best in their field. As an expert in the field of nutrition and aging, he has been featured on the Today Show, discussing aspects of vitamins and mineral use in older people.

Dr. David is one of the most recognized geriatricians in the nation. In collaboration with Arkansas Education Television Network (AETN), he has completed a 26-part TV series entitled Aging Successfully with Dr. David. The program has received two Auroras, two Tellys, a Videographer Award, a Cine award for excellence in Television, and has on two occasions been a finalist for a Freddie award.

Dr. David was recently awarded the Arkansas Cultural Enrichment (ACE) award for his Aging Successfully series and his leadership in geriatric care. Dr. David is widely sought after as a speaker because of his obvious warmth, enthusiasm, humor and extremely positive and upbeat message. He has a unique ability to explain health issues to a general audience, giving lectures that promote self-esteem and emphasize that it is never too early or too late to pay attention to your health. The series has aired in virtually every PBS market nationally.

In October 2002, his book entitled “Breaking the Rules of Aging” was published by Lifeline press. Of this book, Dr. Robert Butler, first director of the National Institute on Aging, wrote, “’Breaking the Rules of Aging’ provides readers with all the information they need to enjoy a healthy and vigorous future. Dr. David is the Dr. Spock of aging and a must-read.” Additionally, Dr. David is a weekly columnist for the Arkansas Democrat-Gazette and makes monthly appearances on Good Morning, Arkansas.

His column, "Lifelong Health," can be read here .