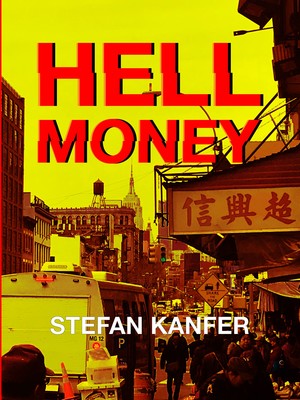 In 1989, anti-government demonstrators rise up in Tiananmen Square. Ang Chun is one of the rebel leaders. As the world watches, the army of the People’s Republic of China ruthlessly quashes the rebellion -- at the price of lives. Ang Chun’s is one of them. Ang’s naive 20-year-old son, Lew Chun, is marked as the next victim.

Through the aid of smugglers who deal in human cargo, Lew Chun escapes, making his way to the U.S. with only a few dollars in his pocket and zero American connections. All he has to guide him is a name -- Shawn Lin, his mother’s cousin in New York City’s Chinatown.

After landing, Lew Chun heads east. But numerous obstacles block him -- trackers, thugs, tyrannical farmers who make Lew Chun an indentured slaughterer of animals. Whatever pity he has for those creatures is extinguished by a will to survive -- a will that eventually gets him to Chinatown with bloody hands. There, Shawn Lin hires the young man as a cook.

But things are not what they seem in the place the Chinese call the Gold Mountain. Lew Chun learns that his kindly benefactor is a major trafficker in drugs and human beings, a trafficker with enormous power and influence -- in effect, a Chinese Godfather.

Lew Chun rapidly advances from kitchen worker to star chef of his own restaurant once Shawn Lin is impressed by the newcomer’s skills. Shawn Lin also values Lew Chun's innocence -- for Lew Chun is to be the legitimate side of his cousin’s vast criminal operation. Lew Chun is unwilling at first, but he begins to appreciate the privileges of Shawn Lin’s world and to understand its workings.