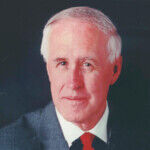 That’s the title of his mold-breaking look at modern culture, with foreword by William F. Buckley, Jr.

In There’s More to Life Than Politics (Spence,  1999) Murchison smacks around the prevalent notion  that politicians and power can fix everything in need of fixing.  His own assumption is a quieter one -- that family, religion, memory, and the little things of life outweigh our usual anxieties.  That assumption anchors all his widely published writings.

He’s Radford Distinguished Professor of Journalism at Baylor University, in Waco, Tex., a post he assumed after retiring from nearly 40 years with Texas newspapers, including the Dallas Morning News, where he was associate editor and senior columnist, and won numerous prizes for writing.

A seventh-generation Texan, Murchison (commonly known as Bill) was graduated from the University of Texas in 1963 and received a  master of arts degree from Stanford University in 1964.  Besides There’s More to Life Than Politics, he has published Reclaiming Morality in America, with foreword by Bill Bennett.  The book he has just finished, on the crisis in the Episcopal Church, will appear in 2007.

His writings are found in publications like the Wall Street Journal,  the Weekly Standard,  Human Life Review,  First Things, Touchstone, and National Review.  His syndicated column, distributed by Creators since the ‘90s, began in 1981.

Married for 32 years,  the Murchisons live in Dallas, in a saltbox house designed (and partly executed) by Nancy Murchison.  The once-a-week commute to Waco takes less than two hours.  The Murchisons have two grown sons and one new daughter-in-law,  as well as a taste for wine, opera,  and Texas art.   They participate actively in community affairs and in the life of  their Episcopal parish and diocese.. 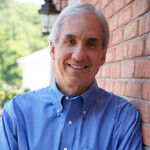 Attention readers: William Murchison is off this week. Please enjoy this column by Dennis Prager. Question: What book is the opposite of the left? Answer: the Torah. The Torah is the Hebrew name of the first five books of the Bible, the "Five Books o... Read More

" I would remind you that extremism in the defense of liberty is no vice. And let me remind you also that moderation in the pursuit of justice is no virtue." Barry Morris Goldwater, may God rest his freedom-loving soul, spoke the celebrated words in ... Read More

And on ... and on ... ... And, yes! One fine day, as with the Noah family's detention on the ark, the damndemic will cease, desist, vanish, take a powder. Masks will disappear in the trash can. Americans will pass days and weeks without a virus-inspi... Read More

The first Christmas tree on our block popped up the day after Halloween. Soon enough, garlands of white lights began to adorn neighborhood trees and doorways. It's Christmas — except that it's not. From what I can see, Thanksgiving has yet to b... Read More