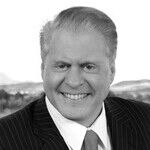 Wayne Allyn Root (aka WAR) is a high-energy, passionate, outspoken, unapologetic conservative media star. He has been branded him a “conservative warrior” and “capitalist evangelist.” Root is a former presidential candidate and the 2008 Libertarian vice presidential nominee. He is a now a national TV and radio host and a nationally syndicated newspaper columnist.

Root was opening speaker at many Trump presidential campaign events, including Trump’s rally at the Las Vegas Convention in September 2018.

Root appears regularly in the national media, including on Fox News. He has defended Trump on television in over 30 countries across the globe -- including Israel. Root presented the Tea Party’s national TV response to President Barack Obama’s 2016 State of the Union; Root is the only person ever chosen for the task who was not a U.S. senator, congressperson or former presidential candidate.

And Root is the author of 11 books, including national best-sellers “The Ultimate Obama Survival Guide,” “Millionaire Republican,” “The Conscience of a Libertarian,” “The Murder of the Middle Class” and the No. 1 business best-seller “The Power of RELENTLESS," endorsed by President Donald Trump. 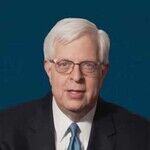 I just watched a documentary about the horrors of 9/11. You remember that day, don't you? This year will mark the 20th anniversary of 9/11. Sept. 11, 2001. The day the twin towers of the World Trade Center collapsed in New York City. The day about 3,... Read More

Whether you realize it or not, we are at war (and I'm not referring to my initials). American institutions, corporations, sports leagues and even the Catholic Church are at war with the American people. But they're about to learn a priceless lesson.... Read More

We know Democrats support "Black Lives Matter." It's all they talk about. While I'm no fan of the Marxist BLM organization, I think all of us can agree that black lives matter. No one wants a single law-abiding, innocent black American to die needles... Read More