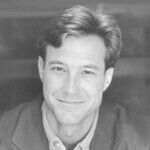 For two decades, political cartoonist Steve Kelley has devoted his attention to public officials the way the radiator grille of a tractor-trailer might devote its attention to June bugs. He has delighted readers by consistently consigning office-holders to the one fate they fear most: that of not being taken seriously.

An honors graduate from Dartmouth College, Kelley spent two decades as a political cartoonist for The San Diego Union-Tribune. In 2002, he moved to The Times-Picayune in New Orleans.

"I tend to limit my cartoons to two subjects," Kelley confesses. "Politics and stuff people actually care about."

His work has won dozens of awards, including six first-place finishes from the California Newspaper Publishers Association. In 2001, he won first-place awards from the CNPA, the Los Angeles Press Club and the Best of the West competition. That same year, he also won the National Headliner Award.

Kelley offers a characteristically oblique insight about having his editorial cartoon distributed nationally: "Syndication is such a godsend. Without it, I'd have no way to infuriate the people of Wahpeton, North Dakota."

The Virginia native is a popular speaker and humorist. A veteran of seven appearances on The Tonight Show, Kelley gives much of his time and talent to charity. Funny Money, which he co-created, has provided funding for the San Diego Child Abuse Prevention Foundation for seven consecutive years. In 2001, he started 1,000 Laughs for 1,000 Smiles to raise money to fund reconstructive surgery for children in Mexico.

Kelley is the father of a young son, Hayden, about whom he brags without regard to the listener's interest.