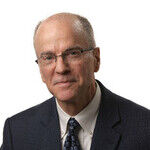 Steve Chapman is a former columnist for the Chicago Tribune. His twice-a-week column on national and international affairs, distributed by Creators Syndicate, appears in dozens of newspapers and websites across the country.

Before joining the Tribune, Chapman was associate editor of The New Republic magazine. He has contributed articles to several national magazines, including Slate, The American Spectator, The Weekly Standard and Reason. He has appeared on numerous TV and radio news programs, including The CBS Evening News, NBC Nightly News, The News Hour with Jim Lehrer, and National Public Radio's Fresh Air and Talk of the Nation.

Born in Brady, Texas, in 1954, Chapman grew up in Midland and Austin. He attended Harvard University, where he was on the staff of the Harvard Crimson, and graduated with honors in 1976. He has been a visiting media fellow at the American Academy in Berlin and the Hoover Institution at Stanford University, and he has served on the Visiting Committee of the University of Chicago Law School. He has received an honorary doctorate from Lake Forest College.

Chapman has three children and three stepchildren and lives with his wife in suburban Chicago. 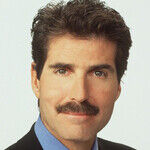 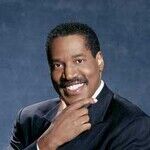 Emergency situations can justify actions that would normally be inexcusable. The social order is not damaged if a lost hiker breaks into an unoccupied cabin to avoid freezing to death. The damage comes if the exception becomes the norm and cabin owne... Read More

Someday, the past year or so may be remembered as a bout of temporary insanity among a large share of the American people. This group refused to take basic precautions against a devastating pandemic, swallowed the lies of a president who had lost an ... Read More

Hypocrisy on Housing Is a Bipartisan Scourge Jul 23, 2021

Right now, selling a home is akin to selling beer on a troopship: Buyers are so eager they'll pay almost any amount. The median home sales price in the United States was nearly 23% higher in June than a year earlier. Surging demand is the immediate ... Read More

Someday, many years from now, historians will use the Deferred Action for Childhood Arrivals program as a case study in the monumental dysfunction of American democracy in the early 21st century. But there is no guarantee that the issue will be consi... Read More