When Steve Benson was a young boy producing crayon doodlings that eventually led him into a career as a professional editorial cartoonist, his mother gave him some advice.

“Stephen,” she said, “you can catch a lot more flies with honey than you can with vinegar.”

Steve thought about that for a moment, then replied, “Yeah, Mom, but who wants a lot of flies?”

Steve has been flying in the face of convention ever since.

One of his favorite sayings comes from Mark Twain, who observed: “Get your facts first, and then you can distort them as much as you please.”

From behind his drawing board at The Arizona Republic, editorial “harpoonist” Steve Benson regularly lobs his ink-bottle grenades, drawing beads on rascals in high places, as well as drawing fire. Indeed, Steve’s work proves the observation of his editor, “A picture is worth a thousand phone calls.”

Following a cartoon barb at then Phoenix mayor Paul Johnson, the city leader wrote to Steve: “Your editorial cartoon was rude, crude, outrageous, inaccurate and poorly drawn. Could I have it for my office?”

Responding to a cartoon drawn at his expense, Arizona’s late Sen. Barry Goldwater penned the cartoonist the following note: “There are -- and have been -- good Bensons. You ain’t.”

In 1993, Steve won the Pulitzer Prize for editorial cartooning. Prior to winning that award, he held the distinction of being the contest’s most nominated loser.

His cartoons have also earned him a National Headliner Award, an Overseas Press Club Citation for Excellence, a Rocky Mountain Emmy, a place in Who’s Who in the West, and several Best of the West and Arizona Press Club Awards.

He was a 2002 recipient of the American Civil Liberties Union “Practitioner of the First Amendment Award,” given to him for having “taken on John Ashcroft, Jerry Falwell, President Bush and anyone else who has sought to denigrate or to deprive us of liberties we are guaranteed under the Bill of Rights.”

However, Steve says his proudest achievement was receiving “The Parched Cow Skull Award” from the Arizona Office of Tourism for “the least positive contribution” to the snowbird industry.

Steve’s work has been a regular cause of morning upset and/or delight around the country’s breakfast tables for 20 years. His cartoons are nationally distributed by Creators Syndicate. They have also appeared in Time, Newsweek, U.S. News & World Report, the New York Times and The Washington Post, as well as on CNN, MSNBC, ABC’s Nightline, CBS’s 60 Minutes and PBS's MacNeil-Lehrer Report -- not to mention in millions of readers’ wastebaskets.

Steve is past-president of the Association of American Editorial Cartoonists.

He is also a proud graduate of the famous “Draw-This-Dog-on-the-Back-of-the-Matchbook Cover” correspondence Art Instruction Schools of Minneapolis, Minn.

His Fort Wayne, Ind., high school class chose him as the student most likely to go into politics. Steve instead chose a career going after politicians.

Steve is the author of five books of his editorial cartoons.

(A friend of Steve’s once told him he had bought one of Steve’s collections, then put it on the dashboard of his car while he did some shopping. When the friend came back outside, he discovered a huge hole in his windshield. Where the copy of Steve’s book had been, there were now two copies of Steve’s book.)

Married to Mary Ann Christensen of Preston, Idaho, since 1977, Steve and his wife reside in Gilbert, Ariz. They have four children, all grown and all living under assumed names.

When not answering hate mail, Steve has also spent time serving as a crosswalk guard at his daughter’s junior high school, where he was run over several times by drivers who recognized him.

In addition, Steve spends weekends patrolling his community as a fully sworn police officer reserve. When pulling over motorists who ask him what they’ve done wrong, this “coptoonist” has been tempted to reply, “Do I have to draw you a picture?”

Steve loves animals -- so much so, in fact, that at one time or another, he has had a home zoo featuring ferrets, iguanas, tortoises, turtles, lizards, pythons, rabbits, dogs, cats, parrots, cockatiels, doves, finches, parakeets, conures and a macaw -- but, as of yet, no partridge in a pear tree.

He says working with animals helps him better understand lower forms of life -- such as politicians. 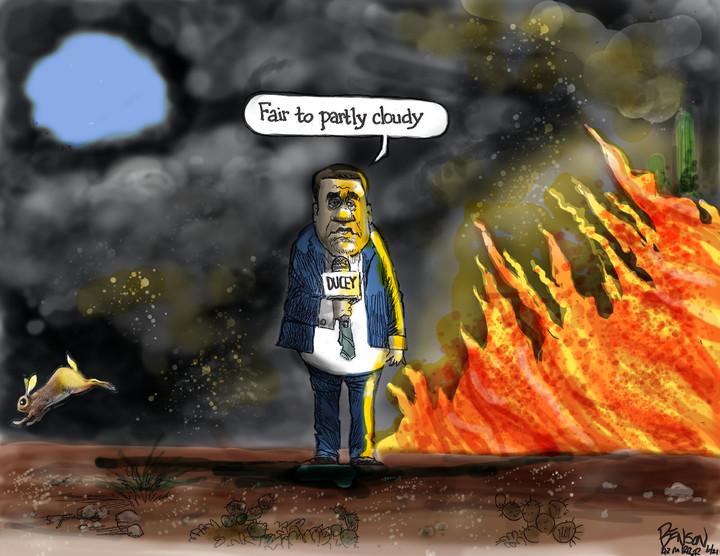 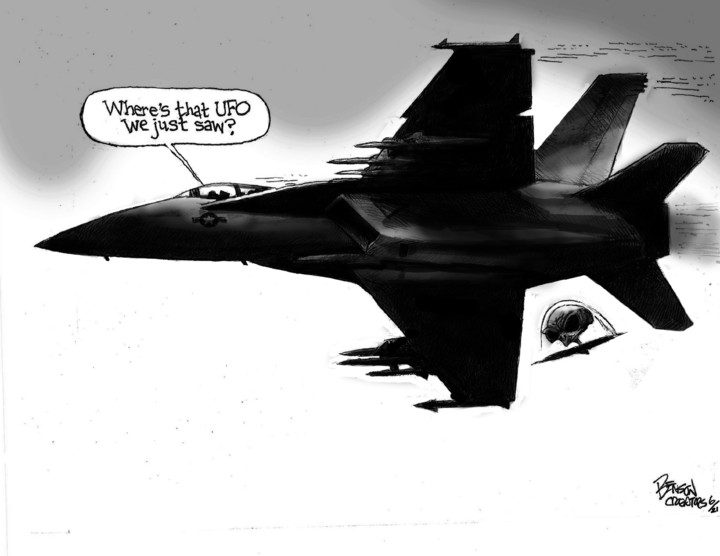 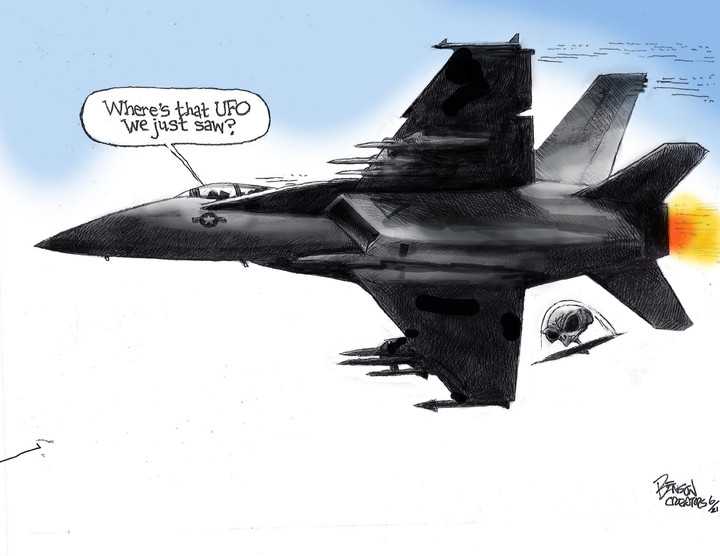