Roger Simon is the chief political columnist at Politico, an award-winning journalist and a New York Times best-selling author.

He has won more than three dozen first-place awards and has twice won the American Society of News Editors' Distinguished Writing Award for Commentary. He has also been a runner-up for the award.

In 2015, Simon won the Dateline Award of the Society of Professional Journalists' Washington, D.C., chapter for best column. He was cited for his "thought-provoking writing, storytelling, and interviewing skills" for six columns that included an extremely prescient analysis of the rioting in Ferguson, Missouri."

In 2013, Simon won first place in the National Headliner Awards for a series of columns he wrote during the 2012 presidential campaign on the politics of gun control. The Headliner Awards program is one of the oldest and largest annual contests recognizing journalistic merit in the communications industry. Simon has won the award six times.

Also in 2013, he won a National Press Club award for his columns.

His work has been included in the anthology "America's Best Newspaper Writing" in three different years.

In reviewing a collection of his work, "Simon Says: The Best of Roger Simon," Martha Jablow of The New York Times likened him to H.L. Mencken and Russell Baker.

His first book on presidential politics, "Road Show," about the 1988 campaign, received rave reviews from The New York Times, The Boston Globe, the Los Angeles Times, The Philadelphia Inquirer, Newsweek and Time.

About his book on the 2000 presidential race, "Divided We Stand," The Boston Globe said, "Simon is known for his droll humor and bracingly pithy distillations of complex issues."

In 2013, Sumner Books published Simon's fifth book, "Reckoning: Campaign 2012 and the Battle for the Soul of America."

The Associated Press has called his work "sensitive, relevant and written with understated elegance."

Simon's column, syndicated for more than 25 years, is distributed by Creators Syndicate to newspapers and other media throughout the world.

Simon has been on numerous television and radio programs, including "Meet the Press," "Face the Nation," the "Today" show, "Good Morning America," "Hardball with Chris Matthews," the "Charlie Rose" show, "Reliable Sources," C-SPAN's "Booknotes" and NPR's "The Diane Rehm Show."

Based in Washington, D.C., Simon contributes articles to national magazines ranging from The New York Times Book Review to the Washingtonian to Slate.

Simon was a staff columnist at The Baltimore Sun from 1984 to 1995 and first gained renown as an investigative reporter and columnist during his 12 years at the Chicago Sun-Times.

His columns have included dateline reporting on apartheid in South Africa; the Israeli invasion of Lebanon; the U.S. invasion of Grenada; the trial of serial killer John Wayne Gacy, with whom he obtained an exclusive interview; and the criminal trial of O.J. Simpson.

Simon’s groundbreaking columns on spousal abuse earned him awards from women's groups and a change of policy from the Chicago Police Department making such abuse a crime rather than a "domestic disturbance."

Simon has also done crusading columns on gun control, immigration and the media.

In 1998, Simon became the White House correspondent of the Chicago Tribune and covered the Monica Lewinsky scandal.

Simon has also won five United Press International Awards and four Associated Press Awards. He has won three Washington-Baltimore Newspaper Guild Awards and a Maryland-Delaware-District of Columbia Press Association Award, and he is a three-time winner of the Society of Professional Journalists' Maryland chapter's award.

He is a two-time winner of the Washington Monthly Journalism Award for political reporting.

When he won second place in the Ernie Pyle Memorial Award competition, the judges cited his "extraordinary ability to capture the story in terms of ordinary people."

In 1995, Simon won first-place awards from the Society of Professional Journalists and the Chesapeake Associated Press.

In 2004, he won the Washington Headliner Award for magazine writing.

Simon was born in Chicago and has a bachelor's degree in English from the University of Illinois at Champaign-Urbana. He has also worked for the Waukegan News-Sun and the City News Bureau of Chicago.

In 1999, Simon was inducted into the Chicago Journalism Hall of Fame, whose members include Carl Sandburg, Ben Hecht, Ring Lardner and Mike Royko. 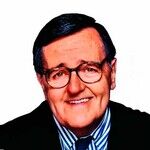 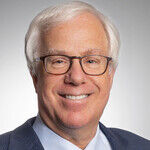 This is the end, my friends. It is time to say goodbye. I realize this is the worst possible time for a political columnist to retire, but what I didn't realize is that any of you cared. Robert Feder, a famous media writer from Chicago, found out abo... Read More

Jesse Jackson and Donald Trump both awakened on inauguration morning with troubled minds. You would expect Trump to have been happy. In a few hours, he would be sworn in as America's 45th president. But as the hours ticked away, his mood remained gri... Read More

Donald Trump's goal is not to damage America or our allies. But that may well be the result of his ill-informed, impetuous, reckless actions over the next four years. What can we do about this? Our fight is not to flee to Canada or South America. Our... Read More

The anecdote is so perfect, so polished, so delicious that it doesn't matter whether it is precisely true. John F. Kennedy had been shot and killed, a moment that America could barely grasp. For months, the stories in the media had one theme: What is... Read More