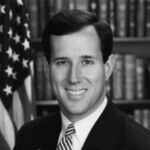 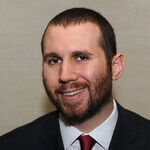 From the Desk of Dr. J

Several months ago, I agreed to write this weekly column and to use it not just to express my views but to express the views we shared with the many thousands of Americans we met on the campaign trail last year. In our travels across this great count... Read More

It's not often that President Barack Obama and I agree. But on Father's Day, I was reminded that some issues go beyond political debates and are deeply personal. The president, on several occasions, has spoken powerfully about the importance of fathe... Read More

On Sept. 11, 2012, four brave American diplomats were killed and 10 other Americans were injured in Benghazi, Libya, by a mob of between 125 and 150 heavily armed Islamists. This jarring event was a grim reminder of the continued threat to America th... Read More

Once again the U.S. Senate is considering passing into law a very dangerous United Nations treaty that would threaten the tens of thousands of American families who care for disabled children. The Convention on the Rights of Persons with Disabilities... Read More