Rick Detorie is the creator of the syndicated comic strip One Big Happy, which was launched in 1988.

He was born and raised in Baltimore, where he acquired a BFA from the Maryland Institute College of Art.

He moved to Southern California, where he worked as an art director, and later as a creative director, at a Los Angeles ad agency. As a freelance cartoonist, his work appeared in the magazines National Lampoon, TV Guide, Saturday Evening Post, Saturday Review, Penthouse, Omni, Working Woman and others.

He drew Alvin and the Chipmunks for Bagdasarian Productions during the height of their popularity surge from 1981-1986. In addition to their storybooks and record album covers, he designed and illustrated most of the Chipmunks' merchandise, from paper dolls and stickers to backpacks and Burger King meal packs.

He also wrote and illustrated "The Haunted House Storybook" series for Watermill Press, "Scary Tales Activity Books" for Checkerboard Press, and "The Magic Answer Books" and "There's A Cat in Alcatraz" for Tor.

The four One Big Happy anthologies -- "Should I Spit on Him?," "None of This Fun is My Fault!," "Nice Costs Extra" and "All the Dirt!" -- were published by NBM.

His latest book, "The Accidental Genius of Weasel High" (Egmont USA, released April 2011), is an illustrated novel for the Young Adult market.

His cartoons have appeared in the title credits of the 1988 feature film comedy "Love at Stake" and in Haskell Wexler's 2006 documentary, "Blue Collar."

He lives in Venice Beach, Calif., in a house purchased with Chipmunk money. 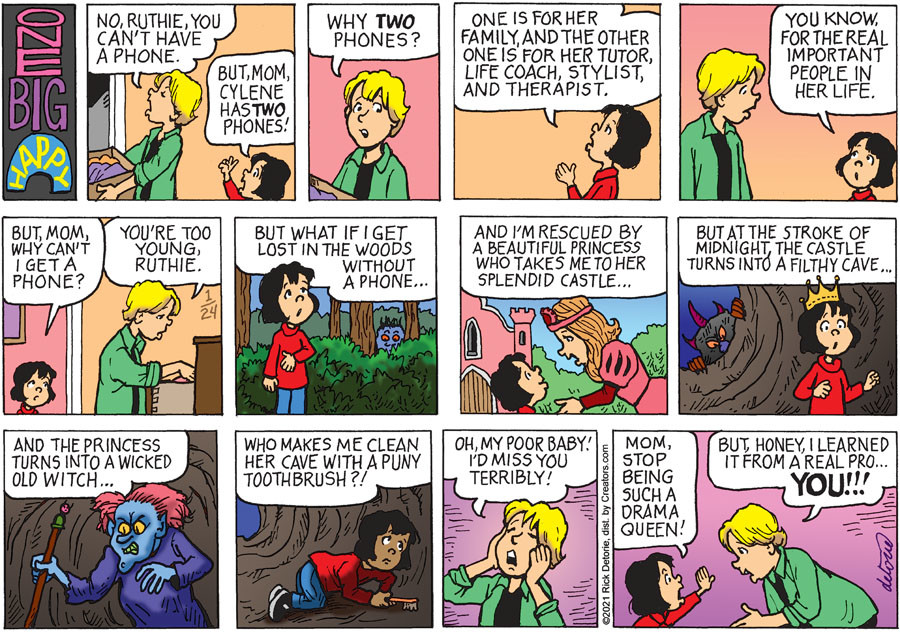