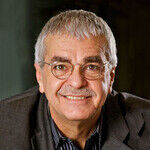 Journalist Miguel Pérez, an award-winning columnist and popular radio and television talk-show host, has spent his 30-year career covering the issues and concerns of America's burgeoning Latino population. In his columns, he looks at Latino contributions to American society, the fight to protect democratic rights in Latin America and immigration trends across the United States.

Born in Havana in 1950, Pérez came to the United States as a refugee at the age of 11 in 1962. He didn't speak a word of English. But he went on to become sports editor of his high school newspaper, editor of two college papers, a reporter for The Tampa Times and The Miami Herald, a graduate of the Columbia School of Journalism, and a columnist for the New York Daily News and The Record of Hackensack, N.J. He has been the host of three radio shows and three television programs in both English and Spanish.

For his Daily News columns on the city's Latinos, in 1982 Pérez won the Mike Berger Award, considered the top print journalism prize in New York.

On Spanish-language radio, Pérez was the host of Sin Censura (Uncensored), a daily two-hour talk-radio program -- one of New York's most spirited and popular -- from 2001-2002, 1991-1992 and 1989-1990. In 2002, Pérez won the two most coveted prizes for Spanish-language radio broadcasters in New York: the Achievement In Radio (A.I.R.) Award as the "Best Hispanic On-Air Personality" in the news/talk format, and the ACE Award as the "best radio talk show in the city" from the Association of Entertainment Critics. Pérez has also served as a guest commentator, in English, on National Public Radio's "Latino USA" program.

On television, Pérez has worked in two languages. From 1993 to 2001, he was the host of Images/Imagenes, a weekly English-language, Hispanic public affairs talk show on the (PBS) New Jersey Network. For his work on Images/Imagenes, he received two regional Emmy nominations, in 1995 and 1997. In 1989, he hosted Primera Plana (Front Page), a Spanish-language talk show on New York's WNJU-TV Channel 47. In 1983, he was co-host of Tiempo, a weekly English-language Hispanic program on WABC-TV Channel 7 in New York. 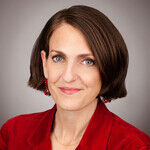 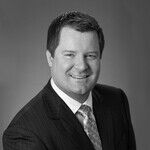 There I was, on my Great Hispanic American History Tour, visiting yet one more gallery where our heritage is on display, and much to my surprise — through my camera lens — I made a discovery that almost knocked me down. I was visiting Mia... Read More

On the broad streets of Washington, D.C., and within the majestic halls of the U.S. Capitol, our often-hidden Hispanic heritage had not been hard to find. My Great Hispanic American History Tour had discovered many remarkable monuments and works of a... Read More

When we go to our nation's capital, mostly as tourists trying to make time to cover all the major attractions, we seldom find enough time to visit some smaller sites that would be monumental if they were elsewhere. Washington has so many statues, scu... Read More

A Tour of the Remarkably Hispanic US Capitol Mar 24, 2015

You see Hernando De Soto and his Spanish conquistadors as they discovered the Mississippi River. You view different artistic interpretations of the moment Christopher Columbus first landed in the New World. You see Hernando Cortes' meeting with Monte... Read More