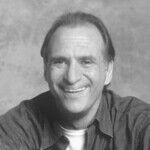 Matthew Margolis is the founder and president of the National Institute of Dog Training and is the author of a new column, "Dog Talk with Uncle Matty," syndicated by Creators Syndicate.

An accomplished dog trainer with more than 25 years in the business, Margolis pioneered the "love, praise and affection" approach to dog training. His uncanny ability to communicate with dogs at "their" level has earned him renown as one of the country's foremost experts on dog behavior and education.

Bitten by a cocker spaniel when he was 3 years old (he says he deserved it), his respect and profound love for dogs began at an early age. At 15, he brought a stray puppy home to his family's small apartment in New York. He already had three dogs, so his parents demanded that "either the dogs go ... or you go!" He and his four canine friends camped out in Central Park for four days until his parents finally gave in.

To watch Margolis work is to witness a special kind of magic. He has an uncanny ability to virtually hypnotize dogs and transform them into loving, curious and responsive animals right before your eyes.

Fed up with a system that requires no formal certification of dog trainers and tired of witnessing people unnecessarily abuse dogs in the training process, he established the National Institute of Dog Training in 1968. The institute offers dog obedience training programs at home or at camp (kennel), protection dog training, a school for dog trainers and boarding, and sells obedience-trained and personal protection dogs.

Having already trained more than 30,000 dogs (including those belonging to such celebrities as Elizabeth Taylor, Victoria Principal, Jimmy Stewart, Robert Wagner, Kenny Rogers, Sheena Easton and "L.A. Law" stars Blair Underwood, Michael Tucker and Jill Eikenberry, to name a few), Margolis attributes his success to a complete series of tests he developed to identify a dog's temperament, personality and rate of learning. "Every dog is different, and every training program must be customized with care to produce the best possible results," he believes.

Whenever possible, Margolis promotes the humane treatment of pets. He was the pet expert on NBC's Saturday "Today Show," is the host of "Woof! It's a Dog's Life," a dog-instruction series airing every Saturday on PBS, and has made thousands of television and radio appearances.  He is the author of nine books, including "When Good Dogs Do Bad Things," "Good Dog, Bad Dog," "I Just Got A Puppy, What Do I Do?" and his newest release, "Woof: My 25 Years of Training Dogs."

In his spare time, he initiates and/or participates in community outreach and public service programs such as developing a campaign against dog abuse entitled "The Eleventh Commandment: Never Hit Your Dog" and providing pet-facilitated therapy and individualized classes in pet training for the children of the Los Angeles County Shelter for Abused and Disadvantaged Children and for the inmates of the California Institute for Women.

He also serves as chairman of the Vicious Dog Review Board in Westminster, Calif., and as a member of several humane societies throughout the United States, as well as consults for numerous pet food companies and for the L.A. Department of Animal Regulation, where he is a reserve animal control officer and sits on the Licensing Committee for Sentry Dog Operators.  In addition, he speaks before numerous professional organizations and academic institutions.