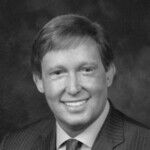 Mr. Towery has served as campaign chairman for Newt Gingrich and chief strategist for numerous national political campaigns. He is known for his bipartisanship. He became the first and only Republican to preside over the Democratically controlled Georgia House prior to leaving politics in 1997.

Mr. Towery has written columns for publications ranging from trade magazines (such as Hollywood's Daily Variety) to daily newspapers and monthly magazines.

As a businessman, Towery was CEO of his family-owned Color Graphics, the South's largest commercial sheet fed printing company. He sold the company to Mail Well (NYSE) in 1997. He currently serves as chairman and CEO of InsiderAdvantage.com, a subscription-based source for advanced information about government and public issues for corporations and the media. Its GovernmentBids.com division is the most active site on the Internet for information about government contracts.

Matt Towery lives in Atlanta with his wife and two children. 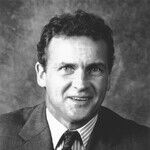 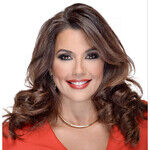 The following is a column written by Scott Rasmussen. After sweeping five state preference primaries on Tuesday night, Donald Trump declared himself to be the presumptive nominee of the Republican Party. He may end up as the nominee, but he's not th... Read More

The following is a column written by Scott Rasmussen. Donald Trump has provided two great services to the nation during this campaign season. The first is that he has already accomplished something Republican voters have been dreaming about for year... Read More

The following is a column written by Scott Rasmussen. As I've watched the 2016 campaign unfold, I've come to realize that the millennial generation has a better grasp on reality than the nation's top political journalists. The younger voters recogni... Read More

The following is a column by Scott Rasmussen. Despite the fact that they are currently bitter opponents, there are a lot of reasons to believe Donald Trump and Ted Cruz could end up working together in the fall campaign. The basic reason is simple &... Read More