A graduate of Princeton University and the University of Notre Dame Law School, Judge Andrew P. Napolitano is the youngest life-tenured Superior Court judge in the history of the State of New Jersey. He sat on the bench from 1987 to 1995, during which time he presided over 150 jury trials and thousands of motions, sentencings and hearings. He taught constitutional law at Seton Hall Law School for 11 years, and he returned to private practice in 1995. Judge Napolitano began television work in the same year.

Judge Napolitano also lectures nationally on the U.S. Constitution, the rule of law, civil liberties in wartime, and human freedom. He has been published in The New York Times, The Wall Street Journal, The Los Angeles Times, and numerous other publications.

The Judge is the author of five books on the U.S. Constitution, including his most recent bestseller, "Lies the Government Told You: Myth, Power, and Deception In American History." 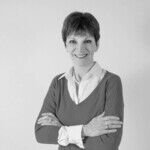 What Happens When the Government Breaks its Own Laws? Jul 29, 2021

In October of 2020, 14 people were arrested in Michigan and accused of being participants in a plot to kidnap Gov. Gretchen Whitmer. The governor had imposed draconian restrictions on religious, travel and commercial activities as a means, she claime... Read More

Former President Donald J. Trump recently filed a lawsuit in federal district court in Miami against the Big Tech companies that have denied him a platform. He has targeted Twitter and Facebook, whose media platforms he had used with spectacular succ... Read More

"No person ... shall be deprived of life, liberty, or property without due process of law." — Fifth Amendment to the U.S. Constitution Abdulsalam al-Hela is a 53-year-old Yemeni cleric who has been incarcerated by the United States at th... Read More

In March 2017, I received a tip from a friend in the intelligence community that the British Government Communications Headquarters, or GCHQ — the United Kingdom's domestic and foreign spies — had been asked by the CIA to spy on candidate... Read More