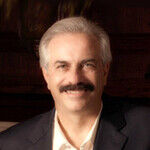 Joseph Farah's columns, distributed by Creators Syndicate, are eagerly sought out by millions of people each month. In addition to his daily writings for WND, he pens a weekly commentary for the Jerusalem Post. He has written for such publications as The Wall Street Journal, National Review, TV Guide, Reason, Los Angeles Times, The Boston Globe, The San Francisco Chronicle, Chicago Sun-Times and a host of other national, international and regional publications.

He is the co-author, with U.S. Rep. Richard Pombo, of This Land is Our Land (1996), and in 1994 collaborated with Rush Limbaugh on the No. 1 New York Times best-seller See, I Told You So. Most recently he has written Stop the Presses! The Inside Story of the New Media Revolution, released in April of 2007.

NBC television, New World Entertainment and other media giants have sought his expertise as a media consultant.

Joseph Farah made a name for himself with traditional daily newspapers prior to his founding of WorldNetDaily -- running the Sacramento Union, directing the news operation of the Los Angeles Herald Examiner for nine years and serving as editor in chief of a group of California dailies and weeklies.

His role as founder of the Western Journalism Center won him the Washington Times Foundation's National Service Award in 1996. Two years earlier, in 1994, he was honored by the American-Swiss Foundation as one of 20 "Young Leaders" who traveled to Europe for discussions with their distinguished counterparts abroad. Farah's many journalism awards include honors for reporting, to writing headlines, to honesty in journalism, to editing and newspaper design.

In "Between the Lines," his column for WND, Farah tackles nearly every topic known to man. 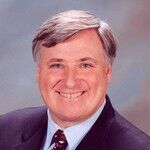 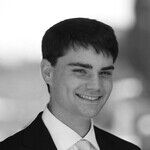 I hate to say it, because I truly believe the election of Donald Trump is profoundly important for the future of the country, but Clinton cleaned his clock in the Great Debate. She attacked. He defended. Now, how much sense does that make? Hillary Cl... Read More

Two incidents last week demonstrate that the Republican-controlled House of Representatives, run by House Speaker Paul Ryan, is as dysfunctional and impotent a force to hold the Obama administration accountable for anything — including high cri... Read More

Why Obama Could Never Allow Hillary to be Indicted Sep 14, 2016

As the facts about Hillary Clinton's tenure as secretary of state become clearer every day, the question every American should ask themselves is whether she got away with a very significant and heinous crime for the following reasons: —She was ... Read More

Everyone is up in arms over San Francisco 49ers quarterback Colin Kaepernick's decision not to stand during the playing of the national anthem before games. I understand the feeling. Here's an extremely wealthy and spoiled black athlete, raised by wo... Read More