John Newcombe wrote and directed the award-winning independent feature film Best Man in Grass Creek. The film was presented in over 10 film festivals, such as the Montreal Film Festival. It won three awards, including the Bronze Award at the Flagstaff Film Festival, and Best Comedy at the Santa Clarita Film Festival in Los Angeles. It was also a favorite at the Cairo Film Festival in Egypt and India's International Film Festival in New Delhi. It played in select theaters in the Midwest before being released on video/DVD to rave reviews. Jeffery Lyons of NBC in New York called it, "Whimsical and delightful … One of the nicest surprises I've had in a long time."

John writes the nationally syndicated comic strip Zack Hill, which he created with award-winning editorial cartoonist John Deering. The comic appears in over 20 major newspapers, including the Chicago Sun-Times, the Seattle Times, the Philadelphia Daily News and the Buffalo News. Zack Hill is currently being developed into an animated TV show by TV writer Will Schifrin (Fraser) and producer Prudence Fenton (Pee Wee's Funhouse). Zack Hill is also being adapted into a musical by Werner Trieschmann and Tom Tierny (Eleanor). Zack Hill can be seen every day on seattletimes.com or Comics.com.

John's experience as a comic strip writer began years ago when he wrote for Archie Comics Inc. John worked with famed Archie artist Dan DeCarlo, creator of Josie and the Pussycats, writing the Archie comic strip, which ran in over 250 newspapers around the world.

Before making his first feature film, John was the VP of Development for Morgan Freeman's production company, Revelations Entertainment in Santa Monica, Calif. He also assisted talent manager Beverlee Dean, who has represented such talent as Reese Witherspoon, Kevin Sorbo and Jim Caviezel.

While attending film school, John made the award-winning short comedy Lovestruck, which won an Academy Award for Student Films in the Mid-Atlantic region and The Judges Award at Vanderbilt's Sinking Creek Film Festival. Lovestruck was also highlighted at the Virginia Film Festival and the Chicago Film Festival, where it was featured among the Best of Short Films.

John trained as an actor at the famed Goodman School of Drama in Chicago, where he performed in several productions at the Goodman Theater, including the title role in Sir Gawain and as an acrobatic clown in the smash hit Center Ring Circus. He has also performed in several productions at Hollywood's Crossley Theater, including the lead in Horton Foote's 1918 and Checkov's The Brute. 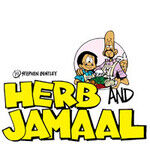 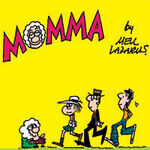