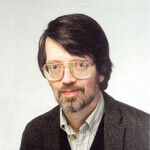 John Allen's professional association with cartooning began by writing gags for cartoonists whose work appeared in publications from The Saturday Evening Post to The Wall Street Journal. He later became a regular contributor to several syndicated comic features, such as "Frank & Ernest," "The Lockhorns" and "Ziggy." His own cartoons have appeared in The New Breed, Punchline and C'Ville Weekly, for which he produces the weekly feature "Undissolved Mysteries." A late addition to a large family, born in the exact midpoint of the baby boom, Allen has long been a student of family dynamics (the youngest of his brothers has yet to forgive him for usurping the position of baby of the family).

With four brothers and sisters in various stages of coping with their own empty nest, and an extended family that spans nearly a century - from 93-year-old father L.C. to infant grandniece Katie - Allen draws on a rich source of family humor for his comic strip, Nest Heads.

Allen, raised in Colonial Williamsburg and currently living in the birthplace of Thomas Jefferson, Charlottesville, Virginia, has decided that the best part of history is that it makes him feel young in comparison. He is aided in this pursuit by caring for his elderly cat, Caprice, and seeing his brothers and sisters at every opportunity. 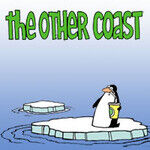 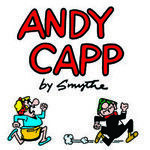