Columnist, national radio commentator, public speaker and author of the forthcoming book, Swim Against The Current: Even a Dead Fish Can Go With the Flow, Jim Hightower has spent three decades battling the Powers That Be on behalf of the Powers That Ought To Be — consumers, working families, environmentalists, small businesses and just-plain-folks.

Hightower broadcasts daily radio commentaries aired by more than 150 commercial and public stations, on Armed Forces Radio and Radio for Peace International. He also produces a weekly video blog that is carried on many popular websites (see it at jimhightower.com).

Each month, he publishes a populist political newsletter, "The Hightower Lowdown," which now has more than 135,000 subscribers and is the fastest growing political publication in America. The hard-hitting Lowdown has received both the Alternative Press Award and the Independent Press Association Award for best national newsletter (hightowerlowdown.org).

A popular public speaker who is both fiery and funny, he is a populist road warrior who delivers more than 100 speeches a year and frequently appears on television and radio programs, bringing a powerful populist viewpoint that rarely gets into the mass media.

Hightower is a New York Times best-selling author and has written seven books, including Thieves in High Places: They’ve Stolen Our Country and It’s Time to Take Back; If the Gods Had Meant Us to Vote, They Would Have Given Us Candidates; and There's Nothing in the Middle of the Road but Yellow Stripes and Dead Armadillos. His newspaper column is distributed nationally by Creators Syndicate.

Raised in Denison, Texas, in a family of small-business people, tenant farmers and working folks, Hightower is a graduate of the University of North Texas. He worked in Washington as legislative aide to Sen. Ralph Yarborough of Texas; he then co-founded the Agribusiness Accountability Project, a public interest project that focused on corporate power in the food economy; and he was national coordinator of the 1976 "Fred Harris for President" campaign. Hightower then returned to his home state, where he became editor of the feisty biweekly The Texas Observer. He served as director of the Texas Consumer Association before running for statewide office and being elected to two terms as Texas Agriculture Commissioner (1983-1991).

During the '90s, Hightower became known as "America's most popular populist," developing his radio commentaries, hosting two radio talk shows, writing books, launching his newsletter, giving speeches coast to coast, and otherwise speaking out for the American majority that's being locked out economically and politically by the elites.

As political columnist Molly Ivins said, "If Will Rogers and Mother Jones had a baby, Jim Hightower would be that rambunctious child — mad as hell, with a sense of humor." 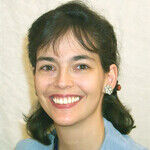 Who's Really Behind the Desecration of Our Capitol? Jan 13, 2021

What exploded in our nation's Capitol on Jan. 6 is an outrage, a desecration of America's democratic ideals! But I don't merely mean the ransacking and terrorizing of Congress by violent Trumpeteers who were deluded by the lying, megalomaniacal presi... Read More

You animal, you! Well, yes, we homo sapiens are animals, as dour scolds of human behavior ceaselessly point out. They reduce our existence to the nasty and brutish law of the jungle, insisting that selfishness and survival of the strongest is the nat... Read More

Many of us read William Golding's "Lord of the Flies" in high school — and it's still being taught. The 1954 novel depicts the gradual descent into barbaric darkness by a group of English schoolboys shipwrecked on a small, deserted island. Its ... Read More

Ho-ho-ho, wait till you hear about the gifts I gave to some of America's power elites for Christmas. To each of our Congress critters, I sent my fondest wish that from now on, they receive the exact same income, health care and pension that we avera... Read More