Jill Lawrence has been passionate about politics, policy and journalism since she was a tween, the stage formerly known as "pre-adolescent." An award-winning reporter and analyst, she has covered every presidential campaign since 1988, as well as other historic events such as the Three Mile Island nuclear accident; the 1994 Republican takeover of Congress; the Clinton impeachment; the Florida recount, and the 1993 and 2009 battles over health reform.

Lawrence's positions have included senior correspondent and managing editor for politics at National Journal, senior correspondent and columnist for AOL's Politics Daily, national political correspondent for USA Today, and national political writer for The Associated Press. She has also written about politics, policy and culture for Al Jazeera America, The Daily Beast, The Atlantic, The Washington Post, The Boston Globe, The Atlanta Journal-Constitution and other publications.

Among Lawrence's national awards and honors are a 2010 Sigma Delta Chi award from the Society of Professional Journalists for her Politics Daily columns and a 1995 National Headliner Award for her AP columns. Columbia Journalism Review named her one of the top 10 campaign reporters in the country in 2004. Washingtonian magazine included her on its list of 50 "best and most influential journalists" in 2005.

In her columns, essays and analyses, Lawrence has offered sharp insights on everything from the state of the parties and their leaders to the way House of Cards and This Town make Washington seem even worse than it really is. A highlight of her tenure at USA Today was "One Nation, Divided," a series which she proposed after the stalemated 2000 election and which ran in 2002. The stories were based on research and reporting throughout 2001, both before and after the 9/11 attacks, in the archetypal blue and red towns of Montclair, N.J., and Franklin, Tenn. In 2003, the IRE Journal published an article Lawrence wrote about how and why the towns were chosen, and the tools she used to find the information she needed.

Lawrence has discussed political and policy developments on MSNBC, C-SPAN, Sirius-XM, public radio, and many other media outlets. She has taught journalism at American University and volunteered in high school classes for the News Literacy Project.

On Twitter, @jilldlawrence, Lawrence's mini-biography begins with the phrase "Life sentence in journalism." She has been reporting, writing, editing and opining since she was on her junior high and high school newspapers. While studying for a music literature degree at the University of Michigan, she wrote for the Michigan Daily, the feminist newspaper herself, and – her first paying job in the field -- the weekly Plymouth Community Crier. She later earned a master's degree in journalism at New York University. Her second paying job was at UPI in Charleston, W.Va., where she started out writing radio splits and taking stringer reports on triple-A baseball. Her husband is a longtime editor and public management fanatic. Her sons have opted out of the family business. One is a professional violinist and the other is a composer for movies and TV. 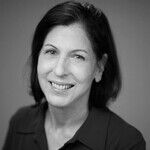 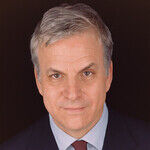 House Republicans will hold their leadership elections next week and all signs point to them remaining more interested in appeasing a narrow base than governing a diverse country. Consider: The only woman positioned to run for majority leader, Cathy ... Read More

It is painful that five years after passage of the Affordable Care Act, 19 states still have not taken advantage of its option to expand Medicaid. It becomes more so with each new report on the deeply flawed U.S. health system. The latest, from the N... Read More

The anguish of Richard Martinez in the wake of the Santa Barbara, California, shootings that killed his 20-year-old son last year was almost unbearable. Now he is an old hand. "You are not alone," Martinez told Andy Parker, father of slain Virginia j... Read More

Watching Mike Huckabee and Ted Cruz compete to make a martyr out of Kim Davis makes me wonder if it's finally time send Iowa toward the back of the line in the presidential nominating process. And while we're at it, maybe South Carolina should head i... Read More