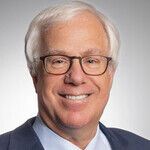 Between 1987 and 1990, he was an assistant United States attorney for the District of Massachusetts, where he focused on civil fraud cases and money laundering investigations. There he was tapped to be the district’s first chief of the Asset Forfeiture Unit. He was also twice appointed as a special assistant attorney general in Massachusetts, representing the secretary of the commonwealth.

He has written widely on politics, foreign policy and national security matters for the Wall Street Journal, The Boston Globe, the Boston Herald, The Times of Israel and the New York Observer. He is a visiting professor of the practice of political science at Brown University, where he teaches courses on congressional investigations and political journalism. He has received awards for public service from the United States Department of Justice, the Federal Bureau of Investigation, the Drug Enforcement Administration and the General Services Administration. From 2012 to 2014, he was chairman of the Anti-Defamation League’s New England board of directors, and from 2001 through 2004, he was president of the World Affairs Council of Boston.

He lives in Massachusetts with his wife, Joanne. They have two children, two golden retrievers and four cats. 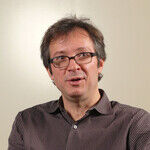 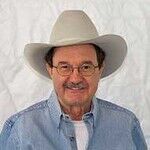 Champion: As Long As Anti-Semitism Isn't Going Anywhere, Neither Is Abe Foxman May 11, 2021

For anyone who follows sports, the name "Tiger" means golf legend Tiger Woods. Music lovers know that "Yo Yo" means cellist Yo Yo Ma. For Jewish communities around the world, and for those with a stake in the never-ending battle to roll back anti-Sem... Read More

Pipe Dream: Biden's Call for Republican Bipartisanship Is Fervent, But Futile May 04, 2021

President Joe Biden's address to Congress last week wasn't merely a sobering recitation of the nation's most profound wounds and weaknesses, and it wasn't only a summary of the specific proposals he has made in his first 100 days to confront them. It... Read More

His Own Man: Angus King Refuses to Give Up on Bipartisanship Apr 27, 2021

Angus King doesn't only have an independent streak. The United States senator from Maine has been an Independent for three decades. "The Democratic Party as an institution has become too much the party that is looking for something from government," ... Read More

Looney Tunes: The Rot on the Right Isn't Going Away Anytime Soon Apr 20, 2021

Hot tempers at last week's House hearing on the battle against COVID-19 highlighted again the hatred that America's hard right continues to harbor for Dr. Anthony Fauci, director of the National Institute of Allergy and Infectious Diseases. It's both... Read More