Dan Berger is a former full-time wine columnist for the Los Angeles Times who has been a journalist at major newspapers for his entire professional life. Dan earned a degree in journalism from Cal State Los Angeles and spent 10 years as a general assignment reporter/editor for The Associated Press. He began writing about wine in 1976 and has been nationally syndicated since 1979. For 21 years, he has written a weekly wine newsletter called “Dan Berger’s Vintage Experiences,” available by subscription. Dan has contributed articles to Wines & Vines, Decanter magazinein London, Wine Press Northwest, Robb Report, Tasters Guild Journal, SOMM Journal, California Grapevine, the Cheersand Beverage Dynamics trade journals,andWine Business Monthly.

Dan teaches wine courses at Santa Rosa Junior College. He is also an internationally respected wine judge, having judged at wine competitions throughout North America, Europe, Australia and New Zealand. His books include the Readers’ Digest “North American Wine Routes,” “Beyond the Grapes: An Inside Look at Napa Valley” and “Beyond the Grapes: An Inside Look at Sonoma County.” In 2010, Dan was inducted into the Wine Media Guild Wine Writers’ Hall of Fame in New York City. He is on the board of directors of the International Riesling Foundation. He is also the host of the weekly “California Wine Country” radio show on KSRO, the largest AM radio station in Santa Rosa, California. 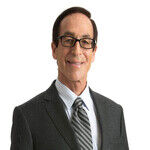 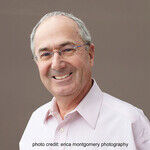 On the old Jack Benny radio show in the 1940s, a continuing character played by the actor Sheldon Leonard was a racetrack "shill," who always spoke in a hushed tone. The shady character would suggest to Benny that he bet on a horse "in the third (rac... Read More

Shortly after I began writing a wine column in 1976, a friend teased me about my avocation. We were journalists working at the Associated Press, and he probably didn't mean to be disparaging when he said, "All red wines taste the same." Not a very jo... Read More

Decades ago, visiting wine country was limited to the few areas of the country with wineries. Outside California, that meant upstate New York and a tiny handful of hamlets scattered hither and mostly yon. Today that number has expanded to just about ... Read More