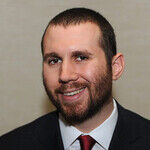 Corey Friedman is an award-winning opinion journalist who specializes in solutions-based commentary on politics, open government and First Amendment issues.

Friedman has received numerous state and national honors for editorial writing, commentary, political coverage and news reporting. In 2019, his work was honored at the News Leaders Association’s prestigious annual awards with the Burl Osborne Award for Editorial Leadership.

A self-described local news evangelist, Friedman served on the North Carolina Press Association board of directors from 2015 to 2018 and is a member of the Society of Professional Journalists. He was named to Editor & Publisher magazine's “25 Under 35” list of up-and-coming newsroom leaders in 2019.

Though he did not attend journalism school, Friedman quips that he received a graduate-level education in media law while serving as editor of his community college student newspaper. With the assistance of national student rights and press freedom groups, Friedman and fellow student journalists asserted the publication's editorial independence following an administrative censorship controversy. That experience set the tone for a career of nonpartisan free speech advocacy.

As a reporter, Friedman has flown in a Russian fighter jet, fired sniper rifles under the watchful eye of police weapons instructors, covered an NFL game and felt the heat of a 1,000-degree inferno in full turnout gear alongside local firefighters. His remaining human guinea pig goals include being shocked with a stun gun and sampling the world's hottest chili pepper. 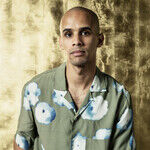 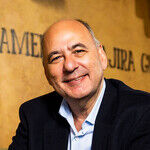 Filling your freezer with Ben & Jerry's won't improve prospects for Palestinian statehood, and denying yourself that pint of Cherry Garcia or Chunky Monkey does nothing to defend Israel's right to exist. The boycott battle swirling around the United... Read More

It's not about guns. It's about citizenship. That's the takeaway from a 4th Circuit Court of Appeals ruling issued last week that strikes down a law preventing licensed firearms dealers from selling handguns to adults under 21. Analysts predict the c... Read More

By crossing a barrel of big-ticket items off conservatives' wish lists, President Joe Biden reframed the debate and outfoxed his political rivals on economic freedom. Republican strategists warn of an epic clash between capitalism and socialism becau... Read More

Lawyers can't seem to free Britney Spears from the conservatorship that's kept her under her estranged father's thumb for more than a decade. But businesses and consumers can. New York-based investment management firm Bessemer Trust showed the way f... Read More