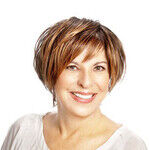 Cheryl Lavin's "Tales fromTales from the Front" lets men and women share their relationship stories in their own words. Love is a battlefield, and they're the war correspondents reporting to her from the front lines of relationships in the 21st century.

With a combination of humor and compassion, Lavin's three-times-a-week column tackles the problems and joys of every single, married, divorced, separated or widowed person. Some tales are funny while some are sad. Some have happy endings and some don't. But they're always true, sometimes controversial and on-target.

Once a week, Lavin gives advice based on over 20 years of experience and thousands of readers' letters.

Lavin began "Tales From the Front" in 1985. Her work is included in "Best Newspaper Writing," published by the American Society of Newspaper Editors. She has earned numerous awards, including the Peter Lisagor and Jacob Scher awards for investigative journalism, the Herman Kogan award from the Chicago Bar Association for legal writing, and the Peter Lisagor and UPI awards for feature writing.

A native Chicagoan, Lavin now lives in Scottsdale, Ariz., with her second (and hopefully last) husband, Robert Rapp. She's saving the story of their meeting for a quick column when she's really under deadline pressure.     Meanwhile, her two daughters, Shannon and Samantha, keep her supplied with tales, as do her thousands of loyal readers. 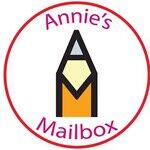 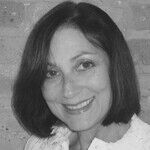 Dear Cheryl: After 38 years, I reconnected with some former high school classmates, including Sheila, who didn't pay attention to me during grammar and high school. But in college, she kept calling me to go out. I ignored her. Now, after all these ye... Read More

You know the way mothers and fathers say they love all their children equally? They don't. They have a favorite. Well, I freely admit that Mickey in today's column is one of my all-time favorite writers. Mickey: I love my girlfriend. I mean truly and... Read More

Dear Cheryl: My wife and I have been married for 13 years. Our biggest problem is the way she handles our finances. She's very kind-hearted and would help family members in need and not tell me. Don't get me wrong; I've helped family members also, bu... Read More

We all know you can't judge a book by its cover, but we still do it anyway. We look for something intriguing to catch our eye — a bright color, a flashy design. We know it has nothing to do with the quality of the book, but we can't help oursel... Read More