His books include “Fighting Slavery in the Caribbean”; “Revolutionary Cuba: A History,” widely acclaimed as the most comprehensive and systematic study on the subject ever written; and “Key to the New World: A History of Early Colonial Cuba,” winner of the 2018 Florida Book Awards bronze medal for nonfiction and the 2019 International Latino Book Awards gold medal in history.

Martínez-Fernández served as trustee of the College Board (2009-2015) and on numerous professional, editorial and community boards, among them the Cuban Studies journal, the South Atlantic Humanities Center, Hispanic Young Professionals, the Community Advisory Board of central Florida’s WMFE radio and the Historical Society of Central Florida board of directors executive committee. In 2005, he founded the annual Latin American Cultural Festival of Orlando.

In March 2019, Martínez-Fernández joined the board of directors of the National Council for History Education as board secretary.

Before joining Creators Syndicate in September 2020, Martínez-Fernández wrote op-eds for different media including the Christian Science Monitor, The Chronicle of Higher Education, the Orlando Sentinel, the Miami Herald and The Globe Post. 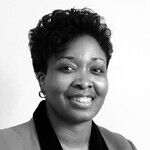 From the Desk of Dr. J 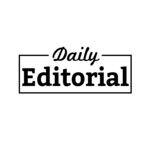 I Never Left the Classroom (Part I): An Introduction to the 7 Deadly Sins of the Modern American University May 08, 2021

"I Never Left the Classroom." Someday I hope to publish a book with that title. In effect, from 1978, when I became a college freshman, until present day, as a professor at a large U.S. state research university, I have always been a student or a fac... Read More

In 1976, Italian historian Carlo Ginzburg delighted readers with his oddly titled book "Il formaggio e i vermi" (The Cheese and the Worms). Soon becoming a model for cultural history and microhistory, it recreated a 16th-century northern Italian mill... Read More

I love books. I am fond of them for the words they speak and the ideas they convey, for the stories they tell and the manifold characters that spring out of their pages. But some of us also enjoy books for reasons beyond their contents, as artifacts,... Read More

The Epidemic That Will Outlive the COVID-19 Pandemic, the Spiraling Mental Health Crisis Among Our College Students: Part II Apr 10, 2021

The ravages of the COVID-19 pandemic have severely impacted America's college students, beyond the physical ailments endured by those who have contracted the virus and the psychological suffering wrought on by its unremitting spread. College students... Read More