BrainSnack is filled with mathematical challenges of many kinds. The difficulty level varies an is fun, instructive and engaging.

Creators Peter and Frank met in 1995 and discovered that they shared a passion for creating games and contests. In 1996, they founded PeterFrank T.V. and took their first steps on the Internet with "Brian Brains BrainSnacks," a website for game fanatics with visual brainteasers. In a few years they had more than 40,000 registered users from all over the world. It convinced them that this form of mental gymnastics was universally appreciated.

In 2000, Peter and Frank quit their day jobs and decided BrainSnacks was what they wanted to do. At first it was difficult to convince editors and publishers that there was an audience for logic games besides crosswords. But on the heels of the success of Sudoku, demand for BrainSnack® logic puzzles skyrocketed. These unequalled visual brainteasers, designed to train your brain, have since evolved into a collection of more than 1,000 puzzles for young adults and adults.

Whether recognizing and completing patterns or finding mistakes and objects that don't belong, the appetite for BrainSnack® logic puzzles grows with every success. Peter and Frank hope players enjoy them as much as they enjoyed creating them. May the best brain win! 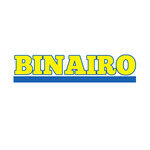 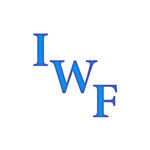